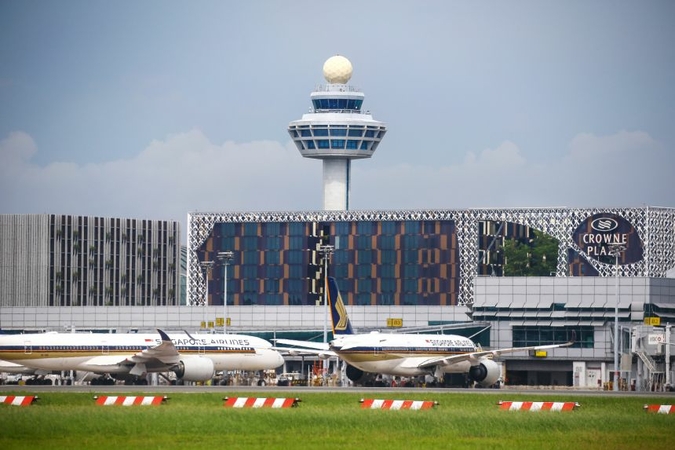 The health ministry will test all staff working at the Crowne Plaza Changi Airport hotel for Covid-19. PHOTO: LIANHE ZAOBAO

By Ang Qing
The Straits Times/ANN

The Ministry of Health (MOH) on Thursday (Jan 7) said it is closing the hotel till Jan 21 as a precautionary measure, as it cannot exclude that transmissions could have occurred at the hotel.

The hotel will stop accepting new guests, and foreign air crew and guests currently staying there will be checked out progressively, said MOH.

Incoming air crew will be housed in alternative facilities, it added.

Restaurant and event spaces within the hotel will also be closed, and deep cleaning and disinfection carried out.

MOH has started to test all staff working at the hotel for Covid-19.

The second case who works at Azur is a 43-year-old Malaysian woman who delivers pre-packed meals to air crew and hotel guests. She was one of two unlinked community cases reported on Thursday.

The work permit holder is the second Azur staff to test positive for the infection after a Korean national was confirmed as a Covid-19 patient on Wednesday.

Like the Korean, she does not interact with diners at the restaurant.

MOH said she developed symptoms while at work on Jan 3 and went to a general practitioner clinic on Tuesday where she was tested.

Her result came back positive for Covid-19 infection the next day, and she was brought to the National Centre for Infectious Diseases in an ambulance.

Her serological test result has come back negative, indicating that this is likely a current infection.

Preliminary investigations reveal she is probably not infected with the more infectious UK strain of Covid-19, said MOH.

The second community case is a 63-year-old cargo operator at AirMark Aviation who is based at Dnata Cargo Centre.

He mainly handles loading and unloading of cargo for My Indo Airlines, and does not interact with flight passengers.

He developed symptoms on Monday, and sought treatment at Changi General Hospital on Wednesday.

He was confirmed to be positive for Covid-19 on the same day, and was warded. His serological test result is pending.

There were also 31 imported cases confirmed by MOH, taking Singapore’s total to 58,813.

All except one case were placed on stay-home notices (SHN) upon arrival in Singapore and were tested while serving SHN, said the Health Ministry.

The work permit holder arrived from Bangladesh on Dec 22 but could not clear immigration due to incomplete documentation. He was held at a facility located at the airport’s transit area until Dec 24, and sent to a dedicated SHN facility after the issues were resolved.

Apart from Crowne Plaza Changi Airport, Sri Senpaga Vinayagar Temple and NTUC Income at 2 Tampines Central 6 were added to places visited by Covid-19 patients while they were still infectious, said the Health Ministry.

Those who had been identified as close contacts of confirmed cases would already have been notified by MOH.

With 21 cases discharged on Thursday, 58,547 patients have fully recovered from the disease.

A total of 61 patients remain in hospital, including one in the intensive care unit, while 161 are recuperating in community facilities.

Singapore has had 29 deaths from Covid-19 complications, while 15 who tested positive have died of other causes.