More than 32 million workers impacted by pandemic in Vietnam 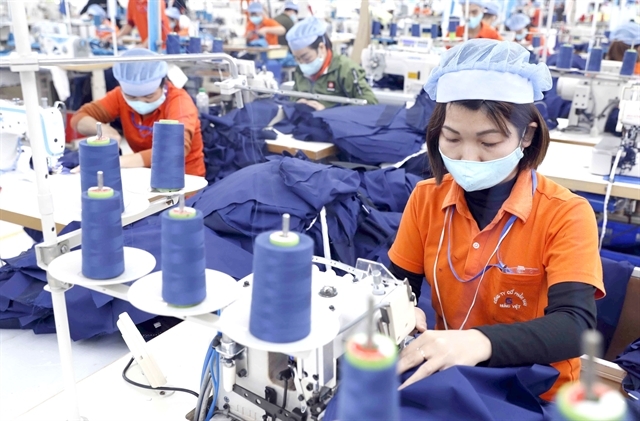 A worker at the apparel and clothing company Hưng Việt, based in the northern province of Hưng Yên, with Japan being its main export market. — VNA/VNS Photo Trần Việt

HÀ NỘI — The labour market in the fourth quarter of 2020 showed many signs of improvement compared to the previous quarter, but many in Việt Nam still suffered from job or income losses, according to the General Statistics Office of Việt Nam (GSO).

In Wednesday meeting reviewing the labour market situation of the fourth quarter and whole of 2020, GSO noted that as of December, there were are 32.1 million people aged 15 years and over negatively affected by the COVID-19 pandemic, including losing their jobs, taking time off work, and reducing working hours.

The service sector was most affected by the pandemic with 71.6 per cent of workers affected, followed by industry and construction with 64.7 per cent, and the agriculture, forestry and fishery sector with 26.4 per cent.

This once again confirmed the recovery of the labour market after recording a decline in the second quarter of 2020.

Out of the 1.2 million people pushed into unemployment, 51.6 per cent were women and most of them of working age.

In other words, the pandemic has deprived 1.6 million people of the opportunity to enter the labour market.

With the development of the COVID-19 pandemic, especially a new variant of the virus that has a higher spread, the effects of the disease on life and production will be very unpredictable.

In order to proactively respond and adapt to the evolution of the pandemic to both control the pandemic and promote production and business, it is necessary to carry out several measures and policies.

First, the government should offer policies to help businesses overcome difficulties and avoid bankruptcy as well as help labourers keep their jobs. The policies will also motivate production and business development.

At present, about 75 per cent of the Vietnamese labour force are not trained. This is a major limitation of the Vietnamese economy in the context of a pandemic still spreading and the fourth industrial revolution taking place around the world.

The low quality of the labour force will be a barrier of opportunities to adapt and catch up with new technology trends and new business methods.

Therefore, in the future, Việt Nam needs to actively renew and implement training and retraining policies to improve the quality of human resources to adapt to the requirements of economic growth and development. — VNS