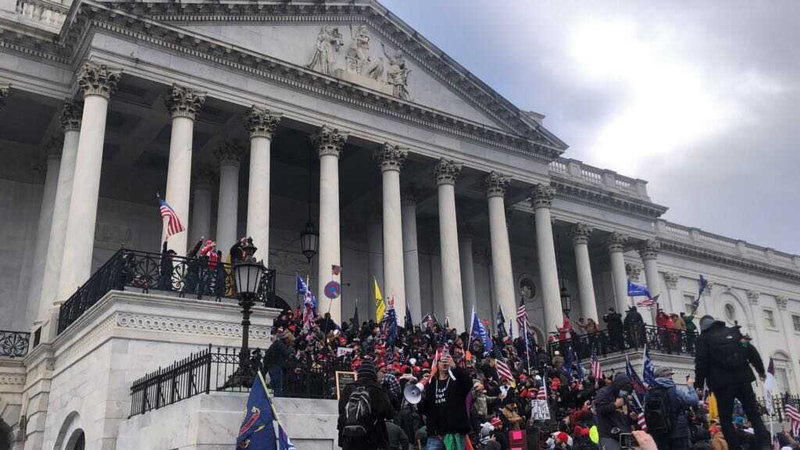 Wednesday’s storming of the U.S. Capitol did not just overshadow one of the deadliest days of the coronavirus pandemic – it could have contributed to the crisis as a textbook potential superspreader, health experts warn.

Thousands of Trump supporters dismissive of the virus’s threat packed together with few face coverings – shouting, jostling and forcing their way indoors to halt certification of the election results, many converging from out of town at the president’s urging. Police rushed hundreds of members of Congress to crowded quarters where legislators say some of their colleagues refused to wear masks as well.

“This was in some many ways an extraordinarily dangerous event yesterday, not only from the security aspects but from the public health aspects, and there will be a fair amount of disease that comes from it,” said Eric Toner, senior scholar at the John Hopkins Center for Health Security.

Experts said that resulting infections will be near-impossible to track, with massive crowds fanning out around the country and few rioters detained and identified. They also wondered if even a significant number of cases would register in a nation overwhelmed by covid-19. As Americans shared their shock and anger at the Capitol breach Thursday, the United States reported more than 132,000 people currently hospitalized with the virus and more than 4,000 covid-19 deaths, the highest single-day tally yet.

“It is a very real possibility that this will lead to a major outbreak but one that we may or may not be able to recognize,” said Toner. “All the cases to likely derive from this event will likely be lost in the huge number of cases we have in the country right now.”

Trump devotees who flocked to the capital this week said they were unconcerned by the virus, belittling common precautions known to slow its spread and echoing the president’s dismissive attitude toward rising case counts. Trump had encouraged them to gather in defiance of his election loss: “Big protest in D.C. on January 6th,” he tweeted last month. “Be there, will be wild!”

Mike Hebert, 73, drove two days from Kansas to participate. Marching toward the Capitol Wednesday with an American flag, he said he did not feel the need to wear a face covering.

“I am as scared of the virus as I am of a butterfly,” said Herbert, adding that he is a veteran who was shot twice in Vietnam.

Sisters Courtney and Haley Stone left New York at 11 p.m. to make it to the Capitol by morning so they could quietly counterprotest, draped in Biden gear. “Do you want a mask? I have one,” Haley, 22, asked a Trump supporter, only to be rebuffed.

“Oh, you believe in the mask hoax?” the woman replied.

Health experts predicted Wednesday’s events will contribute to an ongoing case surge in the greater Washington region. The average number of daily new infections in Virginia, Maryland and the District of Columbia reached a record high Thursday, and current covid-19 hospitalizations in the District have risen 19 percent in the past week.

They also noted differences with other large gatherings such as Black Lives Matter protests. Fewer people wore masks during the Capitol protests and riot, they said, and crowds were indoors.

“If you wanted to organize an event to maximize the spread of covid it would be difficult to find one better than the one we witnessed yesterday,” said Jonathan Fielding, a professor at the schools of Public Health and Medicine at UCLA.

“You have the drivers of spreading at a time when we are bearing the heaviest burden of this terrible virus and terrible pandemic,” he said.

Calling in to CBS News Wednesday, Pennsylvania Rep. Susan Wild (D) described her evacuation to a “crowded” undisclosed location with 300 to 400 other people.

“It’s what I would call a covid superspreader event,” she said. “About half the people in the room are not wearing masks, even though they’ve been offered surgical masks. They’ve refused to wear them.”

She did not identify the lawmakers forgoing face coverings beyond saying they were Republicans, including some freshmen. The Committee on House Administration says it is a “critical necessity” to mask up while indoors at the Capitol, and the District has a strict mask mandate.

“It’s certainly exactly the kind of situation that we’ve been told by the medical doctors not to be in,” Wild said.

“We weren’t even allowed to get together with our families for Thanksgiving and Christmas,” she said, “and now we’re in a room with people who are flaunting the rules.”

At least one member of Congress has tested positive since the mob spurred an hours-long lockdown. Newly elected Kansas Rep. Jacob LaTurner (R) tested positive for the coronavirus late Wednesday evening, according to a statement posted on his Twitter account. It said he is not experiencing symptoms.

“LaTurner is following the advice of the House physician and CDC guidelines and, therefore, does not plan to return to the House floor for votes until he is cleared to do so,” the statement said.

Any infections among members of Congress and their staff will be far easier to contact-trace than those among rioters, said Angela Rasmussen, an affiliate at the Center for Global Health Science and Security at Georgetown University.

“It certainly would have been easier if they were detained by Capitol police and identified, but testing suspects may be something to consider as law enforcement begins to identify them,” Rasmussen said in an email.

She noted that some may try to evade identification and criminal charges, and said she is deeply concerned for the households and communities they might expose.

“I think really rigorous contact tracing of people who are not identified as being present on Capitol grounds will not be possible,” she said.

The Washington Post’s Avi Selk and Rebecca Tan contributed to this report.