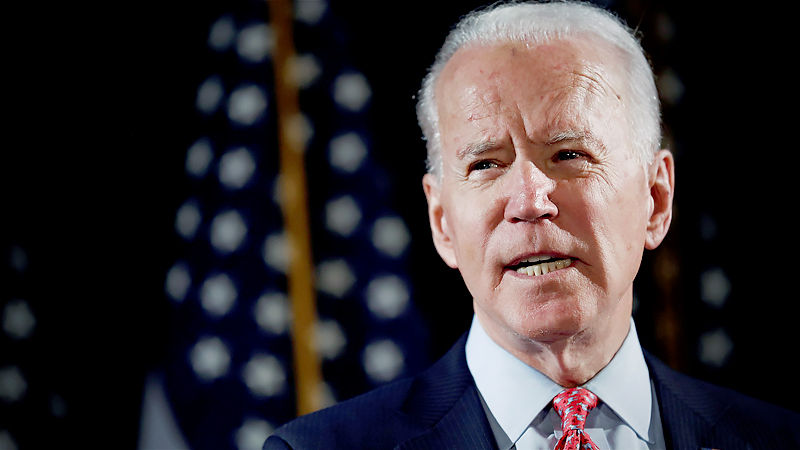 President-elect Joe Biden’s plan to pass a multitrillion-dollar economic stimulus package early in his administration faces challenges in a closely divided U.S. Senate, with a potential impeachment trial for outgoing President Donald Trump that could add to delays.

Biden is set to release his proposals — the price tag for which has yet to be unveiled — on Thursday. The package will feature a range of support for state and local authorities long blocked by Republicans, a bump in direct payments to $2,000 and expanded unemployment benefits, along with funding for vaccine distribution, school re-opening, tax credits, rental relief and aid to small businesses.

Parts of last month’s $900 billion aid bill start running out in mid-March, and may not prove enough to forestall an economic contraction this quarter as the coronavirus continues to surge and wreak record deaths. Failure to win congressional approval by then could wallop equities, which climbed to a record last week amid expectations the Democrats’ coming Senate majority would unleash major new stimulus. Investors turned more cautious Monday, with the S&P 500 Index retreating.

The stakes underscore the risk of proceeding with Trump’s impeachment. The Senate isn’t coming back until Jan. 19, and an impeachment trial by law pushes to the top of the calendar. House Democrats are considering passing an impeachment article this week, then withholding it from the Senate indefinitely to allow the stimulus bill to jump ahead of impeachment in the legislative timetable.

Many elements of Biden’s plan are expected to be drawn from House Democrats’ $3.4 trillion Heroes Act, which passed in May and was blocked by the GOP-controlled Senate.

Economic and political aides to Biden spent the last several days working on size and components. Aides are still weighing the desire to spend money to help as many Americans as possible, against the political feasibility of passing another bill through Congress — even a Democratic-controlled one.

Sen. Chuck Schumer is set to be majority leader with the barest possible control of the chamber — a 50-50 split. Deficit-hawk Democrats from conservative states, such as West Virginia’s Joe Manchin and Montana’s Jon Tester, will have equal influence with leftist progressive Bernie Sanders.

Biden on Friday highlighted that the current historically low level of interest rates allows for taking action to bolster both the short-term and long-term growth outlook. Ultimately, it would “reduce our national debt burden,” he said.

“If we don’t act now things are going to get much worse,” Biden said on Friday.

Republicans are unlikely to warm to the argument. Their congressional leaders have signaled they will likely resist another major package after the last two record-high $2 trillion and $900 billion relief bills.

Biden and Schumer will need to hold the Democratic caucus together. Manchin specified on Friday he wants direct payments “targeted to those who need it.” On Sunday, he said $2,000 checks aren’t a clear “no” for him, but indicated he’s skeptical. Among his concerns: many higher income families who have not lost their jobs get the benefit.

Parts of Biden’s plan, including stimulus checks, unemployment relief and rental assistance, can be passed with just 50 votes using a special procedure for budgetary legislation. But other measures, such as state and local aid, may not qualify for so-called reconciliation, and would then require 60 votes; at least 10 Republicans would be needed to proceed.

The Biden team views boosting gross domestic product as just one metric of success, according to an ally of the president-elect. The uneven nature of the economic recovery has meant parts of the labor market have been hit much harder than others. Friday’s employment report showed a 140,000 slump in payrolls in December — the worst monthly report since April — with restaurant jobs hit particularly hard.

Appetite for some parts of a giant new bill could yet be limited. With California reporting an unexpectedly large surplus in its state budget last week, the case for the half trillion dollars in aid that Democrats were seeking for state and local authorities before the election may be tough to make to moderate members of the party. Some GOP members had backed $160 billion, while others wanted none.

Key Democrats are already weighing in with their own proposals for the bill.

Incoming Senate Finance Committee Chairman Ron Wyden wants to link expanded unemployment benefits for gig workers and the long-term unemployed to automatic triggers that would extend the programs based on national and state unemployment rates. The idea is to remove the need to negotiate repeated extensions after the initial bill is passed.

Wyden is also interested in boosting supplemental unemployment insurance payments to the $600 level that expired in mid-2020. The December bill included $300.

“Tying these programs to conditions on the ground also ensures Mitch McConnell and Senate Republicans can’t hold them hostage,” said Wyden in an emailed comment, referring to the GOP leader.

Wall Street banks’ expectations for the next round of stimulus fall well short of Biden’s multi-trillion dollar framework. JPMorgan Chase & Co. is at the higher end, penciling in $900 billion, while Goldman Sachs Group stands at $750 billion.

Others are even more restrained. UBS Group economists estimate any new covid-19 relief package in the wake of Biden taking office at $500 billion.

“We are firmly in the camp looking for half a loaf rather than a whole loaf” on the next fiscal package, said Seth Carpenter, UBS’s chief U.S. economist, who worked at the Treasury Department in the Obama-Biden administration. Carpenter highlighted the ability of Manchin and other centrist Democrats to scale block more ambitious proposals.