British politicians vow to oppose use of covid passports 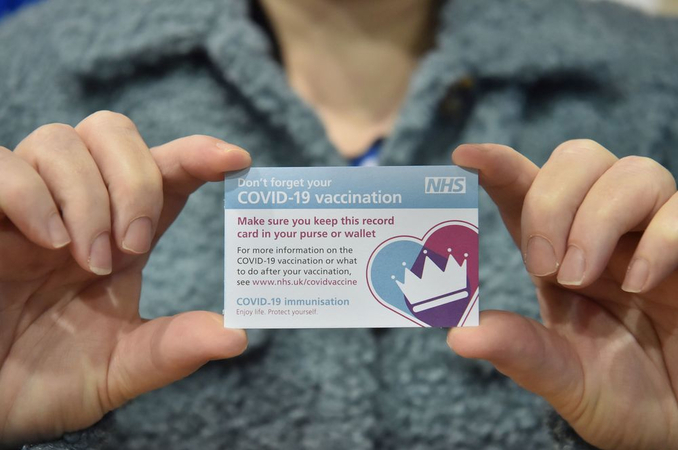 British Prime Minister Boris Johnson risks triggering a major backlash among members of the ruling Conservative Party if his government opts to use so-called covid passports to help reopen the economy.

“We oppose the divisive and discriminatory use of covid status certification to deny individuals access to general services, businesses or jobs,” the pledge reads, according to a statement Friday from civil liberties campaign group Big Brother Watch. The pledge came as it emerged the government is considering using covid certification as part of trials to reopen large scale events such as sports matches, concerts and conferences.

The opposition from across the political spectrum suggests the premier may struggle to get the measure through Parliament if he pursues it. The government is studying covid certification as a potential means to bolster confidence in returning to restaurants and entertainment venues while also helping to keep coronavirus cases under control.

The Telegraph late Thursday reported that the government is set to trial passports demonstrating a person’s covid status at sporting and cultural events within weeks. But a person familiar with the matter told Bloomberg that while such a policy is under consideration, no final decision has been taken, pending a review by the Cabinet Office over the feasibility of covid certification.

The person also said that events including soccer’s FA Cup Final, one of the cup semifinals, and the Snooker World Championships will take part in a pilot program in April and May to reopen large-scale events with less social distancing and larger crowds than currently permitted under covid rules. The Brit Awards for music are also under consideration, according to the person, who spoke anonymously about unannounced plans.

The pilot program forms part of the government’s road map for unlocking the economy, and will use “enhanced testing approaches,” according to the government plan published in February.

The Cabinet Office report on certification is due for publication by June 21, though Johnson’s office has indicated interim findings are likely April 5 — the same day the government is due to give an early indication on how foreign travel will reopen, something ministers have said won’t happen before May 17 at the earliest.

“There’s definitely going to be a world in which international travel will use vaccine passports,” Johnson told reporters Thursday during a trip to northeast England. He also said proof of someone’s covid status — whether it’s immunity from having had the disease or an inoculation, or a negative test — could be “useful” in re-opening the domestic economy.

“Those three things working together will be useful for us as we go forward,” he said.

Johnson’s comments contrast with those of Labour leader Keir Starmer, who told the Telegraph newspaper on Wednesday that using covid passports for everyday social activities goes against the British “instinct.”

As the vaccine is rolled out and deaths diminish, “there will be a British sense that we don’t actually want to go down this road,” he said.

Starmer said he would examine any proposals before deciding Labour’s stance. But if the 41 Tories signing Friday’s pledge joined with all opposition MPs to vote against any measures on covid certification, they’d have the numbers to defeat the government.

Labour Member of the House of Lords Shami Chakrabarti called domestic covid passports “an authoritarian step too far.” Influential rank-and-file Conservative Graham Brady said: “We should aim to return to normal life, not to put permanent restrictions in place.”