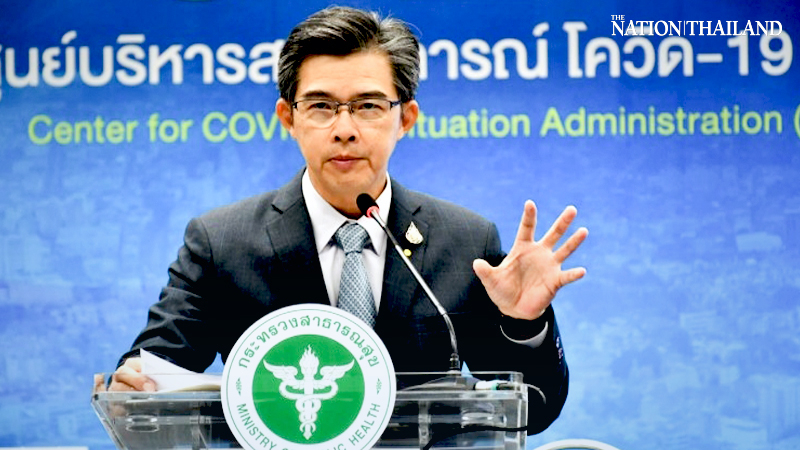 The Centre for Covid-19 Situation Administration (CCSA) on Friday released the timeline of a 19-year-old Mahidol University student who tested positive for Covid-19 on Thursday.

His movements have been tracked as follows:

• March 20-24: Spent mostly in his dormitory in Nakhon Pathom’s Salaya sub-district, but goes to an entertainment venue in Phutthamonthon district with 11 friends on March 23.

• March 25-29: Takes an AirAsia flight with nine friends to Phuket, where he checks into a resort and uses a van to get around. He returns to Bangkok on an AirAsia flight on March 29 and is picked up and driven home by his mother.

• March 30: He drives back to his dormitory and plays badminton with eight friends in the evening.

• March 31: Attends class with some 50 classmates from 9.30am to 11.30am, spends noon to 1pm in university canteen and goes to an exhibition in Bangkok with a friend from 1pm to 4pm. He learns that an employee at the entertainment venue he visited on March 23 had tested positive for Covid-19.

• April 1: He tests positive for Covid-19 at Ramathibodhi Hospital.

“All operators, especially those running entertainment venues and fresh markets, must strictly undergo measures to contain the spread of Covid-19. Even though the vaccine has arrived, we can’t let our guards down,” said CCSA spokesperson Taweesin Visanuyothin.

He added that 203,650 people in Thailand have been vaccinated so far. Of them, 166,243 have received their first jab, while 37,407 people have received their second jab. Four people reportedly developed severe symptoms after taking the shot, but they have recovered.

The CCSA reported 58 new cases on Friday, 42 of which had been contracted locally, three found via testing and 13 brought in from overseas.