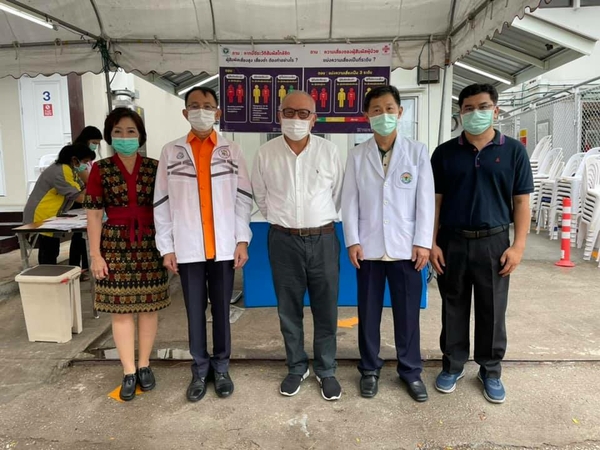 Deputy Prime Minister and Energy Minister Supattanapong Punmeechaow on Monday rubbished rumours of him visiting an entertainment venue in Thonglor area on March 25, and asserted that his recent test had yielded a negative result.

Rumourswere rife on social media that one of the minister’s friends who was present at the gathering had tested positive.

The Bangkok Metropolitan Administration (BMA) on Friday urged people who had visited Krystal Club, Bla Bla Bar and Beer House in the Thonglor and Ekkamai areas between March 25 to 31 to fill in a risk assessment form via their website as soon as possible. The BMA said the Health Department and the Urban Institute for Disease Prevention had reported the discovery of 13 Covid-19 cases involving entertainment venues.

“On March 25, I was inspecting the government’s community development projects in Bueng Kan and Udon Thani provinces,” said Supattanapong. “After I heard that my name was on the list of ministers who might have visited Thonglor entertainment venues mentioned on social media, I went to Udon Thani Hospital on April 4, together with all my staff, for a Covid-19 test. The result was negative for everyone.

“I would like to thank everyone for being concerned about me,” he added.