Robert Mundell, Nobel laureate who inspired the euro, dies at 88 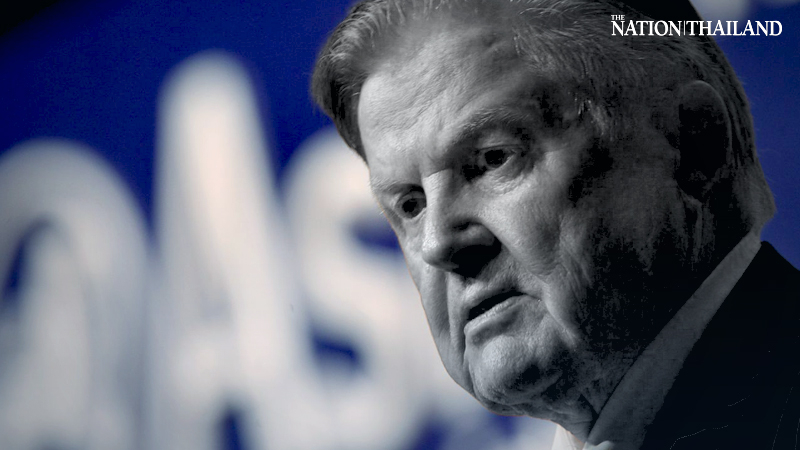 Robert Mundell, the Nobel Prize-winner and supply-side economist who was considered the intellectual father of the euro, has died. He was 88.

His death was confirmed by Sophia Johnson, assistant director of the program for economic research at Columbia University, where Mundell was professor emeritus.

A Columbia University professor of economics, Mundell won the Nobel Prize in economics in 1999 for his theory that flexible markets, including the free movement of labor and capital, are necessary for a single-currency zone to succeed. His research helped lay the foundation for the euro, set up by 11 European governments earlier that year.

“The political glue inside Europe to keep it together — the euro — is the best thing going for it since the creation of the Common Market,” Mundell said in a 2012 interview with Bloomberg. “The end game is going to be deeper integration in Europe and more centralization of the fiscal authority.”

Mundell was also considered an architect of supply-side economics, primarily focused on the lowering of marginal tax rates to incentivize the production and consumption of goods and services. President Ronald Reagan embraced that philosophy in the form of tax cuts and inflation control that helped produce economic growth of 7.3% in 1984, the strongest in three decades.

An advocate of free markets, open trade and limited government, Mundell supported fixed-exchange rates. In 2009, in the aftermath of the world’s worst recession since the 1930s, he renewed his call for the European currency to be fixed against the dollar, saying exchange-rate swings had caused imbalances that led to the global financial crisis.

His views diverged with the late Milton Friedman, also a Nobel winner, who said that flexible exchange rates are more conducive to trade because they adjust automatically while letting a country control its own money supply.

Later in his career, Mundell proposed a world currency, the “DEY” — a basket of U.S. dollars, euros and yen — as a way to stabilize financial markets under a new international monetary system.

In the early 1960s, he laid out independently, with the late Marcus Fleming, a model that asserts a country can’t simultaneously pursue a fixed exchange rate, free capital flows and an independent monetary policy — the “impossible trinity.”

The most relevant aspect of his work was the theoretical cornerstone for the euro. Europe needed unifying frameworks and institutions, such as the Economic and Monetary Union established by the 1991 Maastricht Treaty, to foster peace on the continent and compete with the U.S. and China. The euro, considered the biggest economic experiment of the 21st century, took the region’s economic and political integration to the next level.

“It’s very difficult to attribute such a complex project to a single person, but certainly in terms of intellectual inspiration, he has played a very important role,” former European Central Bank board member Lorenzo Bini Smaghi said in a February 2016 interview.

Robert Alexander Mundell was born Oct. 24, 1932, in Kingston, Ontario, in Canada, one of four sons to William Mundell and the former Lila Knifton. He received a bachelor’s degree from the University of British Columbia in 1953 and his masters a year later from the University of Washington in Seattle, according to Marquis Who’s Who.

In 1956, he earned his Ph.D. in economics from the Massachusetts Institute of Technology and also became a postdoctoral fellow in political economics at the University of Chicago, where he met Friedman.

Mundell advised the United Nations, the International Monetary Fund and the World Bank, and was also a consultant to governments in the U.S., Canada, Latin America and China.

He was an outspoken critic on economic and political issues. In November 2008, he questioned President-elect Barack Obama’s plan to raise U.S. income taxes for the highest earners, proposing instead a cut in corporate taxes to as low as 15% from 35%.

In December 2009, he said that Federal Reserve policies had helped trigger the collapse of Lehman Brothers Holdings Inc. by allowing the dollar to rise in the months before the investment bank’s bankruptcy. A year later, he criticized the Fed’s unconventional monetary policy actions, arguing it had been “negligent” in not anticipating so-called quantitative easing would have the undesired effect of pushing up the dollar.

Mundell was prepared for Europe’s economic and currency union to be an ongoing process, and “he understood perfectly that you wouldn’t have the perfect euro from the start,” Bini Smaghi said.

“In facilitating the agglomeration of the European economies to rival those of the U.S. and China, Mundell’s work was critical,” said Stephen Jen, co-founder and chief executive of London-based Eurizon SLJ Capital and a former IMF economist.

Mundell was also an early advocate of getting the IMF to consider adding China’s yuan to its Special Drawing Rights valuation basket, predicting it would eventually become a reserve currency. The yuan eventually won that status from the institution in November 2015.

Mundell and his first wife, Barbara Sheff, had three children: Paul, William and Robyn. After the couple the divorced, he married Valerie Natsios in 1998 and they had a son, Nicholas, according to Who’s Who.