Panasonic bets on Tesla ‘beer can’ battery to unlock $25,000 EVs 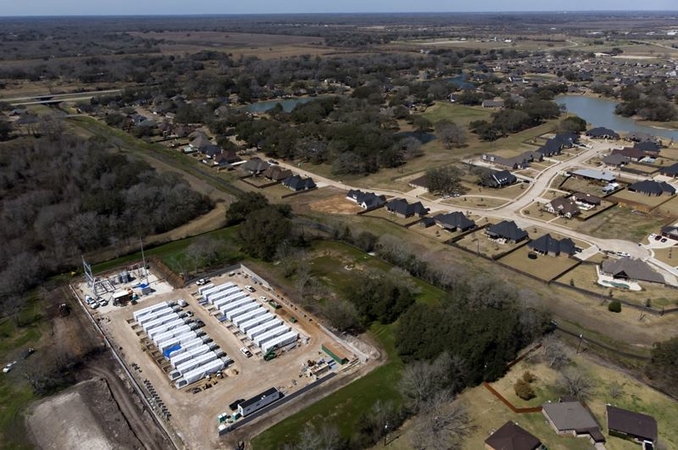 Panasonic Corp. is betting that close to a century of experience making car batteries has prepared it to manufacture a difficult-to-produce next-generation battery championed by Tesla as the key to unlocking cheaper and more ubiquitous electric vehicles.

Elon Musk, Tesla’s chief executive officer, first unveiled the 4680 battery at Tesla’s Battery Day in September as a “massive breakthrough” in cell technology that will make it possible for his company to produce EVs that sell for $25,000, roughly a third less than Tesla’s most basic Model 3. While Tesla plans to make the cells in-house, it has also asked its oldest battery supplier, Panasonic, to begin producing them as well.

The catch: the thicker and more voluminous 4680 cells, named after their dimensions of a 46-millimeter diameter and 80-millimeter height, are still largely unproven. Industry experts even question whether the batteries, which resemble a downsized version of the aluminum cans used for sodas and beer, are possible to mass produce.

“There are significant technological issues to get past, issues that many in the industry have been trying to tackle for years,” said Ram Chandrasekaran, a transportation and mobility analyst at Wood Mackenzie. “If achievable, these battery cells would be groundbreaking. But the jury’s still out on whether they’re deliverable.”

Panasonic says it may be best-positioned to see the tricky new cells to market. Right now, the Japanese electronics maker is working to set up a prototype production line for tests.

“Producing these larger cells requires you raise your craftsmanship one or two full levels or there will be safety issues,” Yasuaki Takamoto, Panasonic’s EV battery head, said in an interview. The company’s time-tested safety-management systems “absolutely give us an upper hand here,” he said.

Much of the benefit of the new 4680 cells comes from the fact that they are more than five times the size of the smaller 1865 and 2170 cells Panasonic currently supplies to Tesla. This means that the typical 4,000 to 8,000 cells found in an EV today can be reduced to around 500, which, in turn, means fewer parts such as bonding pieces used to string individual cells together. New cell shapes such as the 4680 are “key to making more affordable EV models that are capable of meaningfully spreading,” said Akira Nagasaki, technical strategy head on Takamoto’s team.

The larger capacity, however, is also what makes the cells more difficult to produce. They are prone to overheating because it’s difficult to disperse heat from their center. They’re also more susceptible to particle contamination, a frequent cause of EV battery fires that occurs when minuscule metal pieces find their way into the center of a cell, causing it to short-circuit, according to Takamoto.

Compared with other EV battery heavyweights, Panasonic has been slow to build scale, instead touting the safety advantage of its batteries and expanding production only at a pace at which it can maintain safety standards, Takamoto said. The same know-how that lets Panasonic produce 2.5 billion cells a year without major safety issues also gives it an advantage in producing the 4680 cells, he said.

Tesla and Panasonic’s push to develop next-generation batteries comes as virtually all automakers jostle to secure their own supply of the core component. Batteries are crucial to differentiating automakers’ models as the industry as a whole shifts to EVs, said Wood Mackenzie’s Chandrasekaran. “It’s a pivotal moment,” he said.

Fearing future shortages, carmakers such as Volkswagen are demanding more batteries and even pushing to manufacture their own. This has led to notable tension between OEMs and their suppliers, as battery makers hesitate to invest in new capacity based solely on buzzy future sales projections, Chandrasekaran said.

That struggle is apparent in the development of the 4680 cells. Musk, who’s set an extremely ambitious goal for Tesla to produce 20 million EVs a year by 2030, plans to make the cells in-house and is also reported to be talking to battery makers other than Panasonic. Panasonic, in turn, says it will seek to sell the batteries to EV makers other than just Tesla.

But the next-generation technology also underscores the potential for mutual benefits if automakers and battery suppliers are able to develop specific technologies today that will let them ride the wave of growing EV sales together in the future.

Musk himself acknowledged the challenge of mass producing 4680 cells when speaking at a European battery conference in November. Tesla had produced the battery at a “bench-top level” and was aiming to have it at “pilot-plant level” soon, but “scaling up the production process is much harder than proving something out on a lab bench,” Musk said.

Panasonic has been mass producing lithium-ion batteries for cars since 2010 – around the same time its biggest battery-buyer was just launching its initial public offering.

“Working with a partner like Panasonic that has extensive experience in large-scale cell manufacturing will boost the likelihood of Tesla achieving the targets the company outlined at its Battery Day event,” BloombergNEF analyst James Frith wrote in a note published shortly after Panasonic’s chief financial officer announced the company was working on the new 4680 cell in October.

For Panasonic, the 4680 battery that Tesla asked it to produce is a potential source of growth as it looks to reduce its reliance on its once-core consumer electronics business. Taking into account the number of EVs Musk wants to see out on roads and demand from other automakers as well, if Panasonic decides to move forward with producing 4680 cells “we will do so on a large scale,” Takamoto said.