Pro-democracy groups beg for help from US, push for release of Penguin, Rung

Members of the pro-democracy movement on Friday handed in a letter at the US Embassy in Bangkok to seek support from Washington for their fellow protesters in jail, especially Parit “Penguin” Chiwarak and Panusaya “Rung” Sithijirawattanakul, who have gone on hunger strike.

The group, comprising representatives from several movements including United Front of Thammasat and Demonstration, Ratsadon and We Volunteer, were led to the embassy by Patsaravalee “Mind” Tanakitvibulpon.

The movement is calling on the US to monitor Thailand’s political situation and push for political prisoners to be granted bail.

People are most concerned about Panusaya and Parit, who have been on hunger strike in prison for 30 and 45 days respectively. 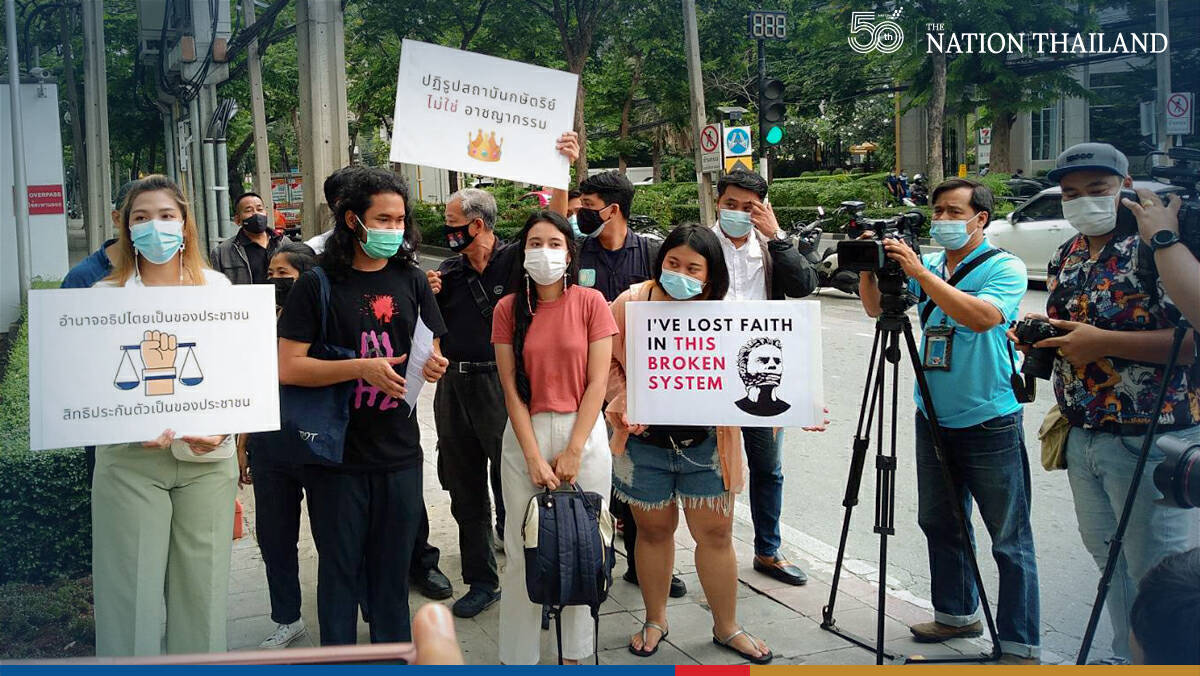 Pro-democracy groups beg for help from US, push for release of Penguin, Rung