As the Philippines is battling a sustained increase in COVID-19 infections, the Philippines Commission on Elections (Comelec) is crafting new election guidelines for next years presidential elections which has effectively jettisoned ingrained features of political campaigning, particularly kissing babies and pressing the flesh.

Philippine politicians will have to innovate their ways for public displays of affection in the coming election campaign trail due to COVID-19 pandemic.

The Philippines’ Commission on Elections (Comelec) is crafting new election guidelines for next year’s presidential elections which has effectively jettisoned ingrained features of political campaigning, particularly kissing babies and pressing the flesh.

Given existing evidence about the importance of hand hygiene and social distancing in curbing the spread of the highly contagious coronavirus, the Comelec advised against greetings such as hugging, kissing, and shaking hands when politicians go on the hustings.

“Public displays of affection used to be part of the whole idea of campaigning (such as) politicians go out to shake hands and kiss babies. You’re not going to be able to do it anymore,” Comelec spokesperson James Jimenez said during a webinar hosted by the House of Representatives earlier this week.

“That will certainly be risky behavior, and yes, that will have to be strictly regulated,” Jimenez said.

Before the pandemic, political candidates hit the campaign trails across the archipelago to woe people’s votes during political rallies. Politicians may entertain voters by singing and dancing on stage in a rally.

“Now, all possible venues in any particular location will have to have stated capacities on record. This will allow us to regulate attendance levels at events held in those areas,” Jimenez said, adding that there will be “a restriction on the granting of permits.”

The poll body is not planning to impose a ban on face-to-face campaigns, Jimenez said, explaining it will be unfair to candidates who cannot afford expensive print and broadcast media advertisements.

Giving an example of the new campaign rules amid the pandemic, Jimenez said the practice of distributing food packs to people attending political rallies will be discouraged.

The Philippines, which still battles a sustained increase in COVID-19 infections, still bans mass gatherings. The country is bracing itself for the threat posed by the emergence of virus variants, including the highly contagious Delta variants. 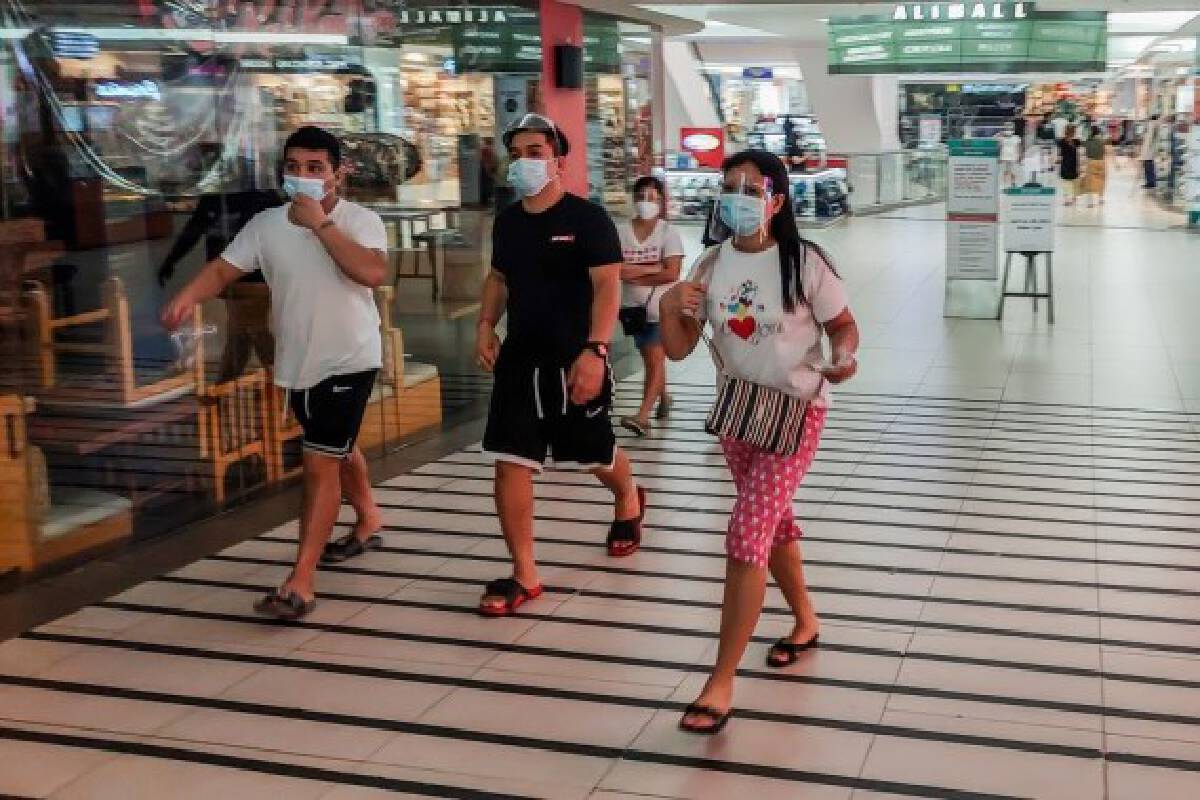 People wearing protective masks are seen inside a mall in Manila, the Philippines 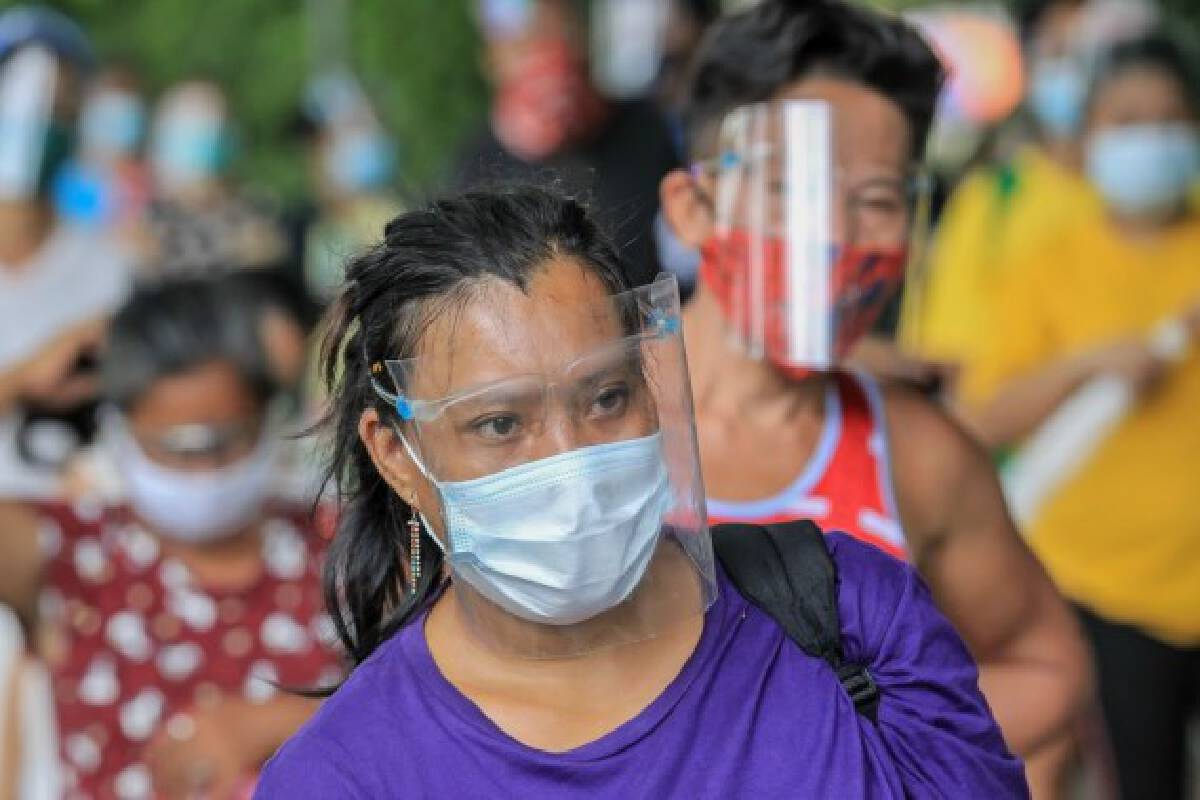 Residents wearing protective masks are seen as they line up for free goods from a community pantry in Manila, the Philippines

The Southeast Asian country has reported a total of 1,507,755 confirmed cases as of Sunday, including 26,714 deaths.

The government is ramping up efforts to accelerate vaccination amid the limited vaccine supply. Nearly 4 million people have been fully vaccinated so far while the government aims to vaccinate up to 70 million Filipino this year.

The election on May 9 next year will decide the country’s 17th president, the vice president, 12 senators, and local officials, including the congressional members. The campaign period will officially start on Feb. 8 for national posts and March 25 for local posts.

Jimenez said the poll body is also crafting “comprehensive guidelines on coverage, particularly with regard to safe coverage practices.”

Another common practice is putting their names on giant billboards announcing the completion of infrastructure projects such as roads, highways and bridges.

Carlito Galvez, chief implementer of the government’s measures to combat COVID-19, has urged politicians to stop displaying tarpaulins or posters bearing their names at vaccination sites. 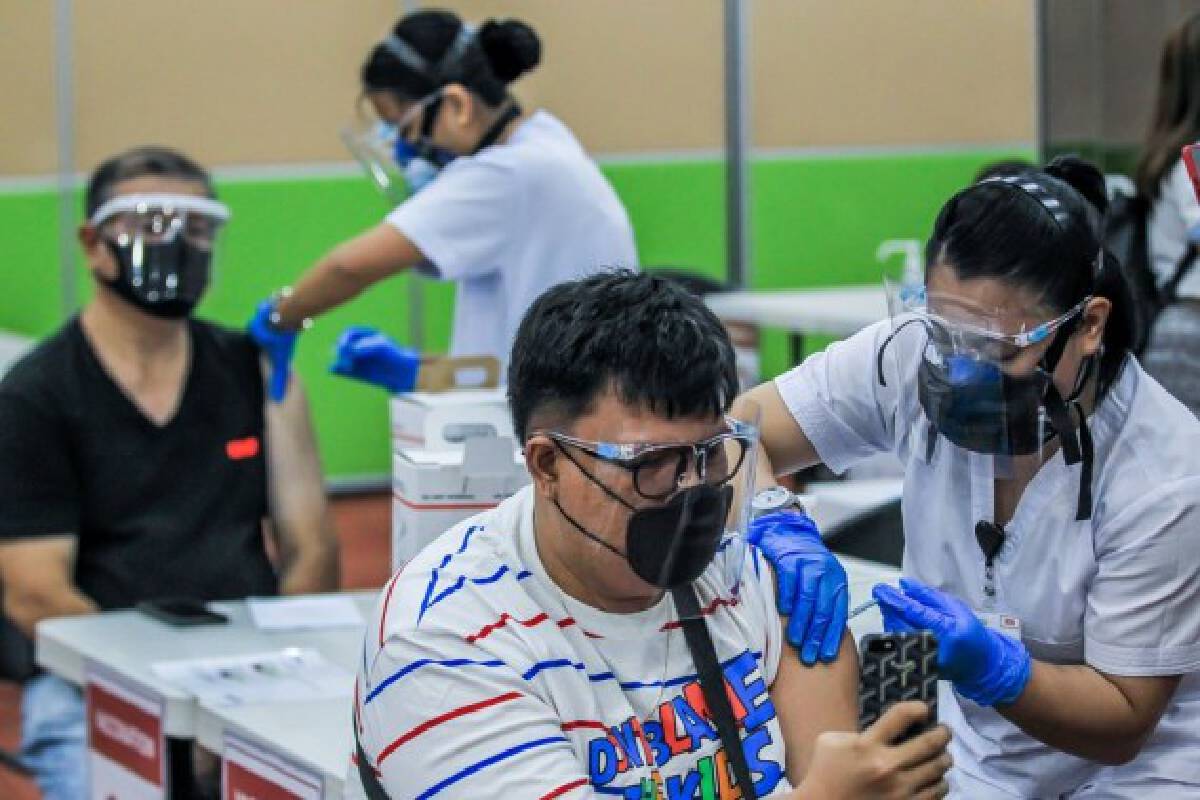 Residents are inoculated with COVID-19 vaccine from inside a hospital in Manila, the Philippines