This week, in what Minister of Culture Dario Franceschini called a “historic” move, Italys cabinet of ministers approved a ban on ships weighing more than 25,000 metric tons or longer than 180 meters (590 feet) entering the lagoon basin near Venices St. Marks Square, the narrow Giudecca Canal and the surrounding areas starting Aug. 1.

taly’s decision earlier this week to ban oversized cruise ships from sailing into Venice is bound to reset the balance between the environmental and safety needs of the canal city and its status as one of Italy’s top tourist destinations. But some key observers are already complaining that the new rules do not go far enough.

The presence of large, multi-storey cruise liners in and around Venice has been a source of frustration for locals for more than a decade now. But the problem was put on the back burner during the coronavirus pandemic: the city was free of cruise ships between February 2020 and last month, when the 2,500-passenger MSC Orchestra entered the Venetian Lagoon amid protests from locals.

This week, in what Minister of Culture Dario Franceschini called a “historic” move, Italy’s cabinet of ministers approved a ban on ships weighing more than 25,000 metric tons or longer than 180 meters (590 feet) entering the lagoon basin near Venice’s St. Mark’s Square, the narrow Giudecca Canal and the surrounding areas starting Aug. 1.

For comparison, the MSC Orchestra weighs more than 90,000 tons and is 295 meters (965 feet) in length. The largest cruise liners that docked in Venice before the pandemic sometimes topped 200,000 tons, according to news reports.

The decree was front-page news in Italy, and elicited praise from environmentalists and culture advocates alike, especially after the United Nations Educational, Scientific and Cultural Organization (UNESCO) warned that Venice’s status as a UNESCO World Heritage site could be put in jeopardy by the ships. 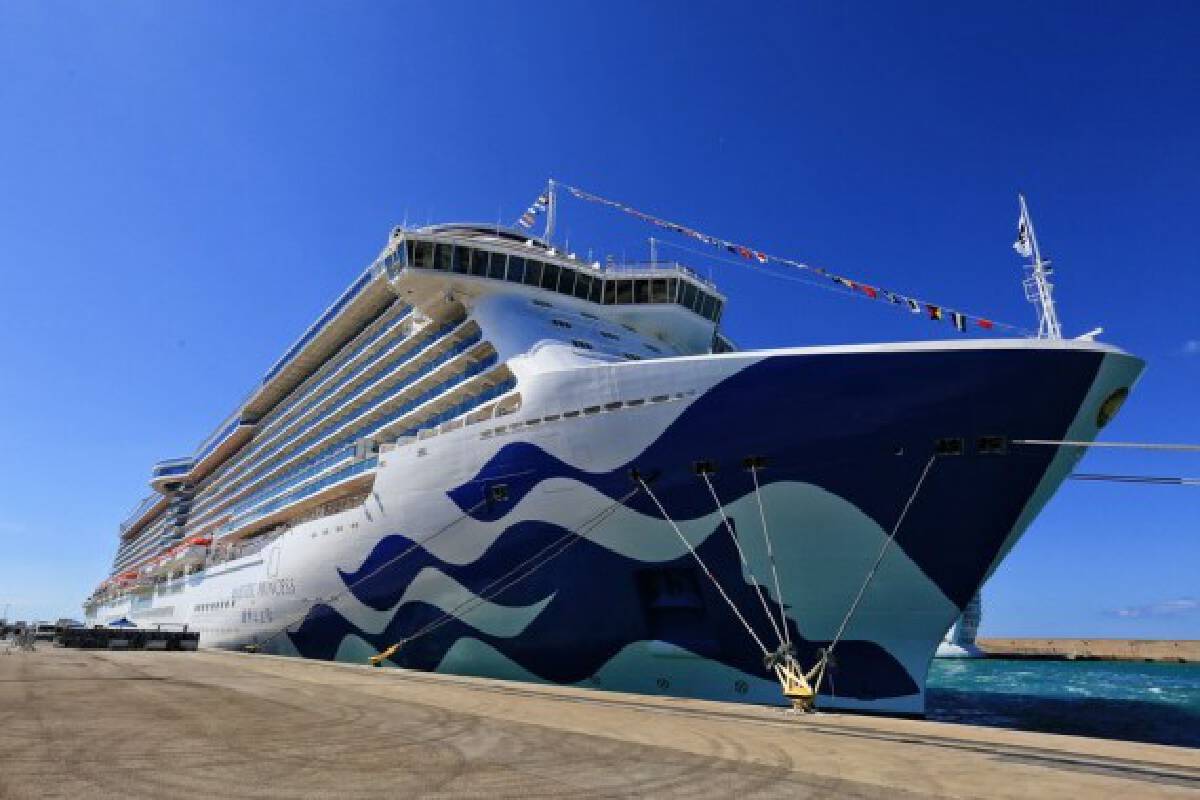 Photo taken on May 21, 2017 shows the Majestic Princess cruise ship at the port of Civitavecchia in Rome, Italy

But it earned mixed reviews from the city’s beleaguered business community, which is highly dependent on tourism. After nearly a year and a half of travel restrictions, the city’s restaurants, shops and tour companies had been banking on a strong tourist season this year. The cruise ship ban will cut into that.

According to Gianfranco Lorenzo, head of research at the Center for Tourism Studies in Florence, the ban is likely to reduce the number of tourists arriving by cruise ship by half over the long haul, from an average 1.3 million to 1.5 million per year before the pandemic. But he told Xinhua that, overall, tourism revenues would probably suffer just a modest impact.

“Without the signature view of St. Mark’s Square and the rest of Venice, coming to Venice on a cruise will surely seem less attractive to some tourists,” Lorenzo said. “But the city has already said it will focus on more high-level tourism, and if it does that the huge cruise ships would be less relevant anyway. Over time, the impact from the ban will diminish.”

The ships have proved controversial because of their negative effects on the local ecosystem and air quality, plus what Andreina Zitelli, a professor and activist member of the Venice Environmental Association, called the “unknown” impacts on the city’s ancient infrastructure of bridges and buildings with underwater foundations.

But Zitelli worried that the new ban does not go far enough. She noted that the big ships that once passed through the Giudecca Canal will after Aug. 1 be rerouted 22 kilometers (13.8 miles) to the mainland port of Marghera through a far less picturesque route, unseen from the center of Venice. Still, she said, the ships will continue to do damage even on the new route and therefore they should eventually be banned completely.

“We won’t see the ships, but they’ll still do damage,” Zitelli said. “We have to do what is necessary to protect our fragile city.”