LONDON – Arnold Pease isnt as nimble as some of the other climate protesters who have flooded the streets of Britains capital. At 93, he walks with the support of a stick and carries a foldable stool for when he needs to sit down. But hes just as determined.

“It’s desperately important to take serious action against climate change,” said the great-grandfather and retired engineer. Last week, he was arrested after refusing to budge from a road where fellow activists had glued themselves to a bamboo structure.

The climate activist movement tends to be associated with younger people. It was Greta Thunberg, a Swedish teenager, who prompted hundreds of thousands of students to skip school to demand action.

But there are indications that an increasing number of older people are getting exercised about what is happening to the planet. During protests in London over the past two weeks, there have been quite a few gray heads in the crowd – the “gray greens,” as one BBC presenter called them.

And many of those people said they were willing to go to jail for their beliefs. 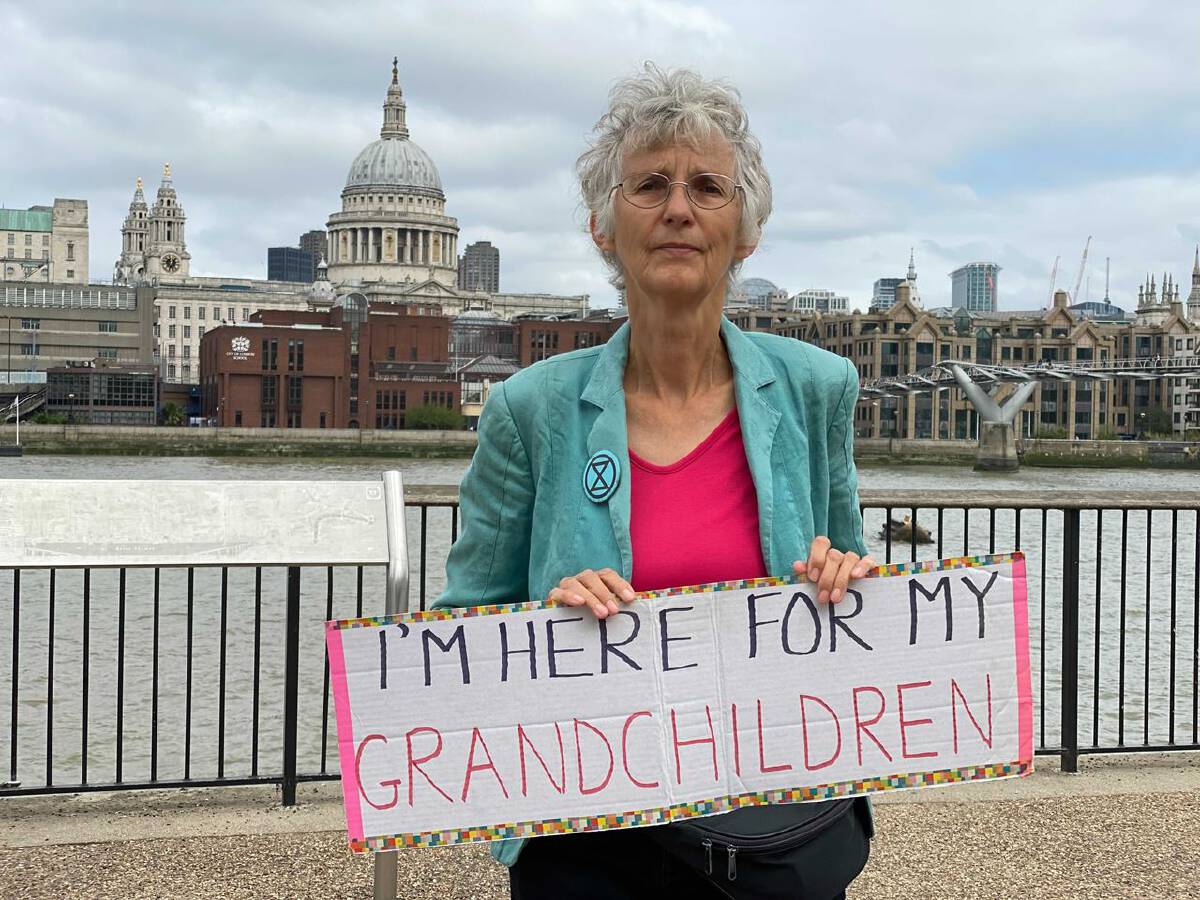 Pease was among the nearly 500 people who were detained and subsequently released over the course of the demonstrations, which were organized by the environmental group Extinction Rebellion.

The older protesters who spoke with The Washington Post said they felt a sense of collective responsibility: It was their generation that drove gas guzzlers, thought nothing of flying abroad for a beach vacation in Spain, paid scant attention to deforestation in the Amazon. It was on their watch that carbon emissions climbed.

That sentiment is not exclusive to Europe. American climate activist Bill McKibben announced this past week that he is starting a new group called Third Act aimed at getting older people involved in climate activism.

“We’re going to try and organize ‘experienced Americans’ – i.e., people over 60 like me – around issues of climate justice, racial justice, economic justice,” he tweeted. “Our generations have done their share of damage; we’re on the verge of leaving the world a worse place than we found it.” 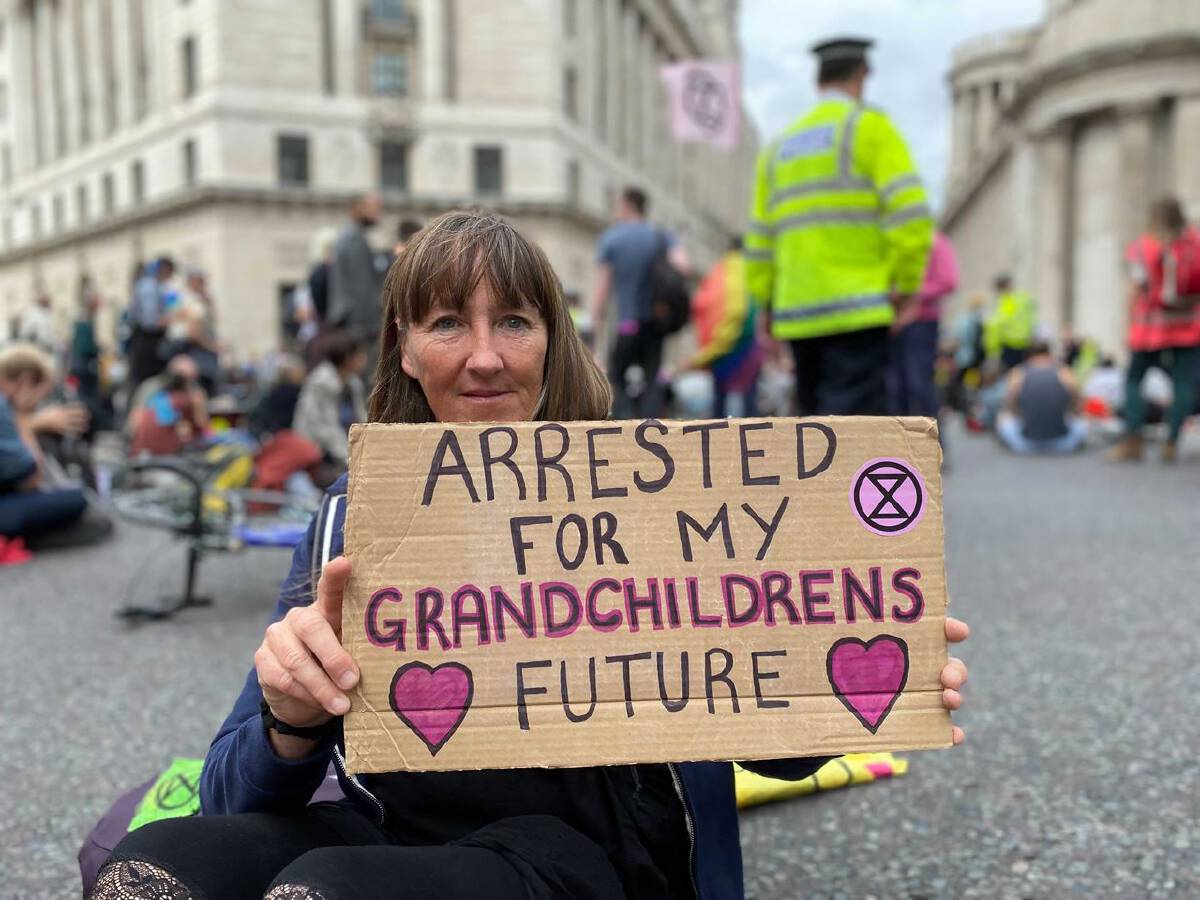 Many of the seniors protesting in London, calling on governments to divest from fossil fuels, said they were concerned for their grandchildren. Those that led a march on Thursday, snaking from the Tate Modern museum over the Millennium Bridge to the financial district, held aloft signs that read “I would be arrested for my grandchildren’s future” and “Grandparents against climate change.”

“I’d do anything to protect my grandchildren,” said Charmian Kenner, 67, a retired academic. “I won’t live long enough to know whether it worked or not for them, but I’m here, doing this.”

She said sometimes the older protesters get looks that say: “What are you doing here? You should be at home knitting.”

But she said older generations “should have acted earlier, so we need to be here, because in some way, whether we meant it or not, we are responsible for what happened.”

John Lynes, 93, a great-grandfather and retired engineer, said, “Full stop, we are responsible – no doubt about it.”

“Nowadays, increasingly, it’s older people taking part. That’s true of my experience,” he said. “If you have a job to lose, need to ask someone for a mortgage or are looking after children, it’s not that easy for you to be arrested. For me, what does it matter if I’m arrested?”

Sue Williamson, 68, a retired social worker and grandmother, was among the hundreds blocking traffic outside the Bank of England on Thursday. She said she was willing to be arrested by one of the dozens of officers looking on at the scene. “You got to make the most of the years you got left,” she said of her activism.

Those attending protests are a small subset of society. But a new poll this past week by Ipsos MORI suggests that the climate is becoming an important concern for older people in Britain more broadly. Given an open-ended prompt about major issues facing the country, 42% of those age 55 to 64 and 35% of those over 65 mentioned climate, compared with 24% of 18-to-34-year-olds.

The poll found that, while concern about the climate shot up between July and August – alongside the publication of a gloomy review by the United Nations’ Intergovernmental Panel on Climate Change and reports of fires and flooding around the world, including in London – the jump was especially pronounced among the elderly.

Stephen Fisher, a public opinion researcher at the University of Oxford, said the new survey stood in contrast with findings that younger people have tended to be more alarmed about climate change than their elders, which has been “pretty consistent in surveys internationally for decades.” (He added that, at the same time, older people tend to report higher levels of energy-saving behavior, “perhaps for cost reasons, rather than climate reasons.”)

Fisher helped with the biggest ever climate poll, published in January for the U.N. Development Program. It found an age divide in every one of the 50 countries surveyed, with young people more climate-conscious than seniors. That survey also found that public belief in a “global emergency” was highest in Britain, which Fisher said may have been influenced by the high-profile status of Extinction Rebellion.

The group, founded in the United Kingdom, isn’t everyone’s cup of tea. A YouGov poll released Friday showed Britons tended to have a negative view of Extinction Rebellion.

London Mayor Sadiq Khan said that he “passionately believes we face a climate emergency” and that the November U.N. climate summit in Glasgow, Scotland, is “the last chance.” But he said some of tactics used by Extinction Rebellion may be “inadvertently driving people away” from the cause. Speaking to LBC radio, he urged protesters to “think carefully about your tactics.”

Over the course of the latest protests, which conclude Saturday, the group erected a 13-foot pink table in Central London, blocked London Bridge and Tower Bridge, and shut down streets in Central London and the financial district.

This was Extinction Rebellion’s fourth extended protest in London. Authorities have said that policing their previous protests, in April and October 2019 and September 2020, cost more than 50 million pounds, or $69 million.

Lissa Roy, 58, a grandmother who used to work in logistics for a tech company, said she had tried other tactics before joining Extinction Rebellion “and nothing worked.”

“I went on marches, signed petitions, wrote to my MP – it all gets ignored,” she said. “So I got to the point I had to do something.”

“It saddens me,” she said, “to see young people here, having to do this, risk arrest, knowing the impact that could have on their lives, because we didn’t do a good-enough job early on.”

She said her family appreciated her activism.

“My eldest grandson, he’s 11. He’s very proud, and climate-conscious. It amuses me when he tells his teacher, ‘My nana got arrested.’ I tell him, ‘I hope you explained to her why.’ “