In Japan, disability advocates hope the Paralympics will showcase the pawsomeness of service dogs

TOKYO – On a winter day many years ago, Yoshitomo Kimura fell out of his wheelchair when he was trying to get into his car. He yelled for help, but no one was around – except Cynthia, his Labrador retriever service dog. Thanks to Cynthia, who fetched his cellphone, Kimura was able to call his neighbor.

“No one was coming, so I thought that I was going to freeze outside,” recalled Kimura, 61, who lives in Osaka. “She really saved my life and I am eternally grateful for that.”

Every day, Kimura relies on his service dog for opening doors, pushing his wheelchair up a sloped street, and a lot more. Yet life with a furry aide does not come seamlessly for hundreds of thousands of Japanese people who would qualify for canine assistance, because of barriers that have hindered service dogs’ widespread use and acceptance, said Kimura and other disability advocates.

Service dogs made headlines in Japan last month when they strutted alongside visually impaired athletes on the Israeli team, tails wagging, during the Tokyo Paralympics Opening Ceremonies. The images and videos were a hit on social media, where Japanese users gushed over the pups with surprise and admiration. 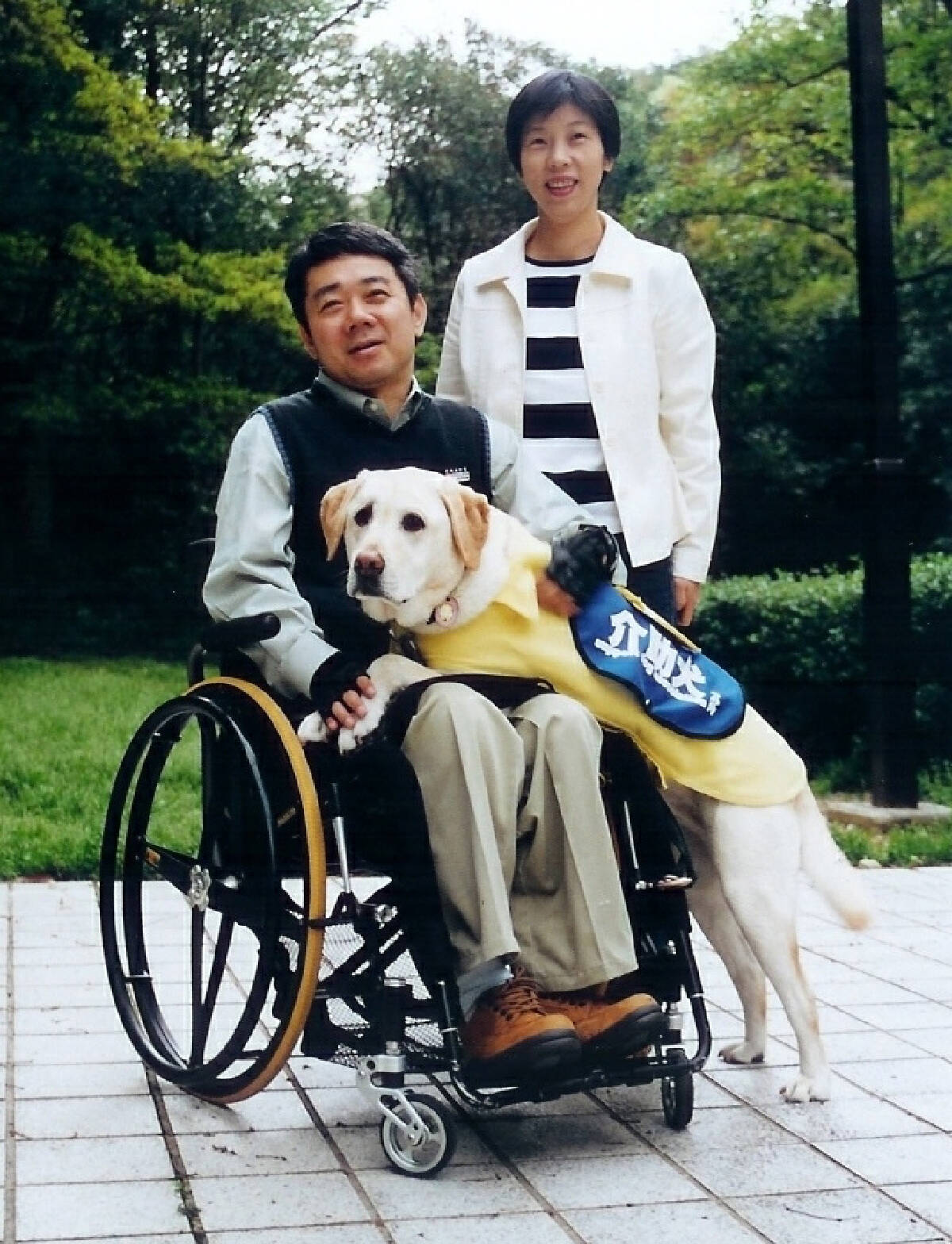 In Japan, disability advocates hope the Paralympics will showcase the pawsomeness of service dogs

For Japan’s disability advocates, the Tokyo Paralympics provides a global platform to raise awareness about the social stigma, barriers and discrimination they face, similar to how the 1964 Tokyo Paralympics – the first in Asia – helped the Japanese public understand the needs of people with disabilities.

Those who rely on four-legged partners say they hope the Games will lead to greater acceptance of service dogs and other forms of assistance that empower them to live independently and stay healthy.

“People don’t see service dogs accompanying disabled people as a necessity for them to actively participate in society, but more just as a well-trained dog … which is why people often face rejection,” said Tomoko Hashizume, head of the nonprofit Japan Service Dog Resource Center. “I hope people’s perceptions of disabled people change [from] watching the Paralympics, from people that can’t do anything by themselves that need help, to these people that are doing extraordinary things in all sorts of creative ways.”

Nearly two decades ago, the Japanese government passed the Assistance Dogs for Persons with Physical Disabilities Act of 2002 to certify service dogs and allow them to enter public facilities and transportation.

But the use of service dogs remains rare in Japan – unlike in the United States, where they are so common that some people try to pass off their pets as service dogs to gain entry to more places, or bring alligators, peacocks and ducks as emotional support animals on airplanes.

In general, dogs aren’t tolerated in public settings in Japan. It can be hard for dog owners to rent apartments in Tokyo, and few restaurants allow people to bring their dogs. Many owners carry cleaning spray bottles to wipe down the sidewalk of their dogs’ feces. At the same time, many people push small dogs around in strollers and pamper them with designer-brand clothing and accessories.

Uyanga Erdenebold, 38, lost her eyesight after being diagnosed with a congenital eye condition as a child. Her Labrador, Dunaway, helps her navigate life as she drops her son off at his school bus stop and goes to the grocery store or the gym.

She recalled waiting in line to enter a beer garden in Tokyo, where dogs on strollers were being let in. When she tried to enter with Dunaway, she was turned away.

“I’m blind. My guide dog is not a fashion statement. It’s a necessity,” she said. “Calling Dunaway my mobility aid is like calling my husband ‘the person I live with.’ They do so much more, and they mean so much more to us.”

About half of the people in Japan who use service dogs have had similar experiences being denied access to places such as hospitals, restaurants and other buildings, according to a 2019 survey by the National Federation of All Japan Guide Dog Training Institutions.

It wasn’t until Japan won the bid for the Paralympics in 2013 that many of the infrastructure and regulatory changes were made to make the country more accessible.

Still, those updates haven’t led to meaningful progress in cultural understanding, said Mark Bookman, an advocate for people with disabilities and a postdoctoral fellow at Tokyo College, who studies the history of disability policy and activism.

The cost of installing barrier-free features in existing buildings, for instance, has led developers to place them in hard-to-reach areas that make access more difficult for people with disabilities, Bookman said, such as elevators installed in areas where maintenance staff have to unlock entry.

Service dog users have also experienced those limitations. In 2019, a Tokyo subway line introduced its first bathroom for service dogs. Yet the facility requires extensive human mobility: The person needs to lay down a pee pad on a shower area, and place the dog to go to the bathroom there, before washing down the area with a shower head.

“It was great that lots of guidelines around service dogs were made in light of the Paralympic Games, but the problem in Japan is the operation,” said Yoshiko Park, director of the Japan Service Dog Association. “Because the number of service dogs is so little, it’s really difficult for attitudes to change to properly implement the guidelines.”

There are just under 1,000 active assistance dogs for people with disabilities, with a waiting list of about 3,000 people and a total of about 310,000 registered legally blind people in Japan, according to the National Committee of Welfare for the Blind in Japan. That does not include the elderly and others who would benefit from a service dog, such as those with hearing impairment, neurological diseases, and other disabilities or conditions.

These barriers have made it difficult to recruit and train more dogs to become service animals, which can be costly and labor intensive, experts say.

As the Paralympic Games come to a close this weekend, disability advocates are looking to the future: Where do we go from here? How can we make sure that the cosmetic accessibility upgrades and the global spotlight create lasting, cultural upgrades that make Japan more inclusive? How can we show that Japan, with a rapidly aging population, should prioritize those who need additional assistance?

Hashizume, of the Japan Service Dog Resource Center, said she hopes that the spotlight on people with disabilities will help break down barriers.

“I think in Japan, people’s understanding of disabilities is still very behind because people with disabilities weren’t able to actively participate in society historically. Therefore, many people in the government that are having discussions for disabled people, have never communicated or interacted with people with disabilities,” Hashizume said. “So I think the Paralympics has been a real learning opportunity for them.”