Authorities said their current estimates of the amount the oil spill range from a minimum of about 25,000 gallons to a worst-case scenario of more than 131,000 gallons.

Nearly a week after a mass oil spill off the coast of U.S. Southern California, the authorities have not reached a conclusion on the amount of oil leaked from a ruptured underwater pipeline, but some officials hint that it may be smaller than originally projected.

Initial estimates in the days after the spill were that at least 126,000 gallons of oil had leaked into the ocean, and the number was raised on Monday to potentially 144,000 gallons, the local ABC 7 news channel reported Friday, adding officials are now saying a lower number is within the range of possibilities even though the analysis would continue.

Authorities said their current estimates range from a minimum of about 25,000 gallons to a worst-case scenario of more than 131,000 gallons, the report said.

Capt. Rebecca Ore, commander of the U.S. Coast Guard’s Los Angeles-Long Beach sector, was quoted as saying that after further assessments officials determined that a minimum of about 24,696 gallons, or 588 barrels, and a maximum of 131,000 gallons, or 3,134 barrels, of oil was released from the pipeline.

The 131,000-gallon estimate was a “maximum worst-case discharge that is a planning scenario based on a volume in a pipeline,” Ore said.

She disclosed that five federal and state agencies assessed pipeline data, but those numbers had not been confirmed.

This move appeared to confuse some experts who said the amount should be easy to calculate.

David Pettit, a senior attorney at the Natural Resources Defense Council who worked on the response to the massive Deepwater Horizon oil spill in the Gulf of Mexico, told ABC 7 that the amount of oil spilled into the ocean should be easily and quickly known to Amplify, the company who runs the pipeline.

“If they know what the flow rate was in the pipeline, and how much the pressure dropped, and for how long, you could calculate that in a matter of minutes,” Pettit said. “This is money to them.”

“They know how much they lost, I am certain of that,” he noted.

“Officials were unable to narrow that estimate, leaving another unanswered question as the mystery surrounding how the leak occurred continues to unfold.” the Los Angeles Times reported Friday.

“We’re nearly a week into this, and while our cleanup and our emergency response is well underway, we still don’t know answers to how this happened, why it happened and who is ultimately responsible,” Orange County Supervisor Katrina Foley said. 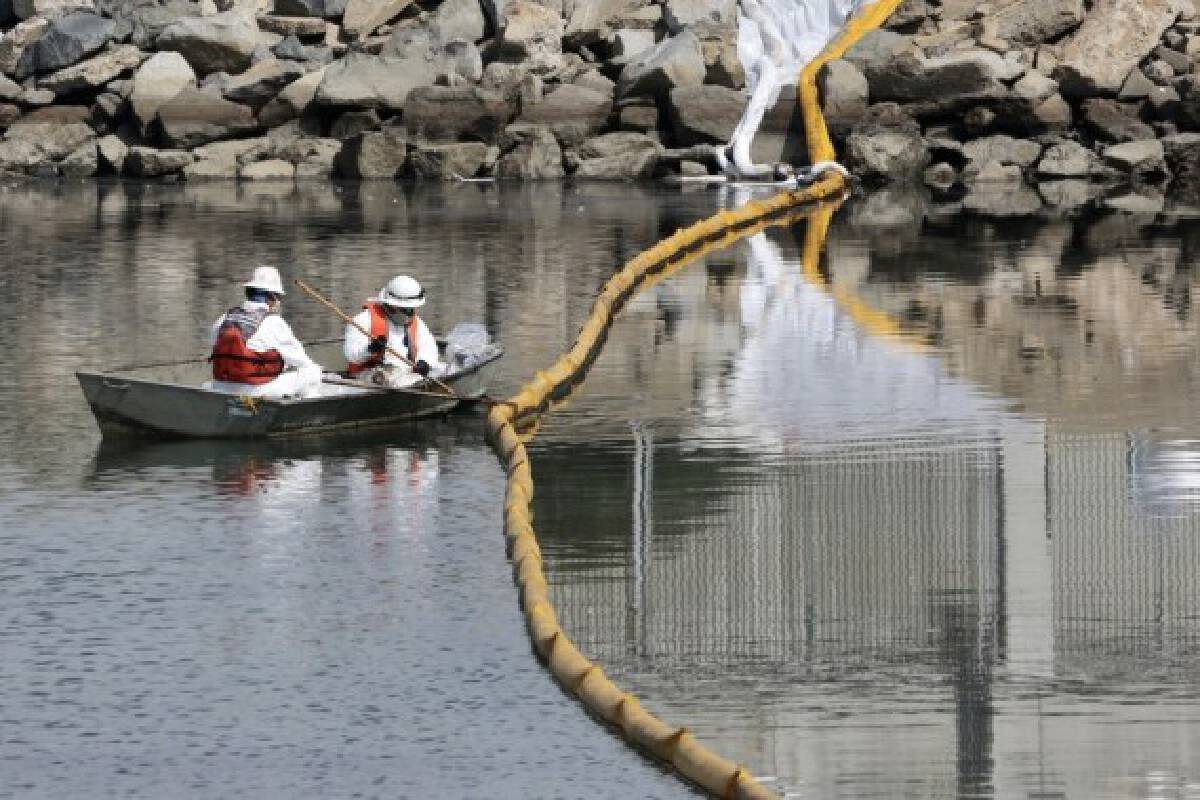