In Texas’ blackout, everything went wrong at once 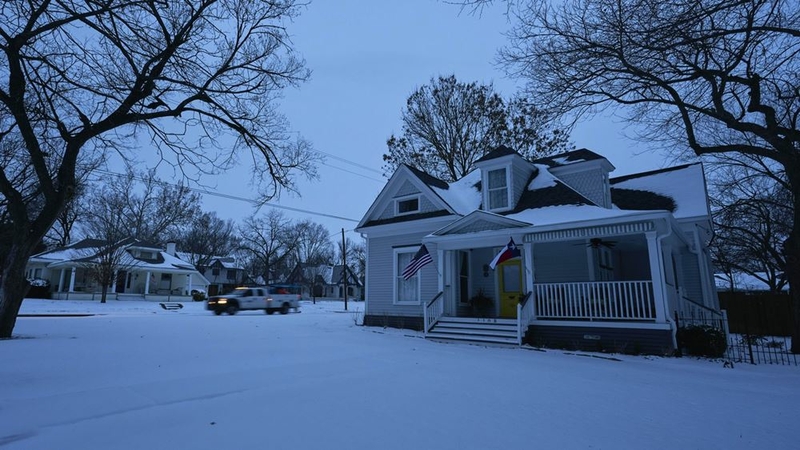 A utilities truck drives down the street during a power outage on Feb. 16, 2021, in McKinney, Texas, about 30 miles north of Dallas. MUST CREDIT: Bloomberg photo by Cooper Neill

The finger-pointing began immediately: It was the freezing of the wind turbines that foolishly replaced traditional sources. No, fossil fuels were at fault. No, Texas’s deregulated power market, unique in the country, had allowed companies to skimp on maintenance and upgrades.

As the hours ticked by and millions more were plunged into frozen darkness, a more sober reality emerged. The greatest forced blackout in U.S. history, as this event has almost certainly become, was the result of a systemic and multifaceted failure. There are no promises of when power will be restored and little likelihood that the episode won’t be repeated in a corner of the country hard hit by climate change.

“This feels like a technical design failure,” said Michael Webber, who founded the Webber Energy Group at the University of Texas at Austin and serves as chief science and technology officer at French utility Engie.

Power plants weren’t fully weatherized, wiping out generation capacity. The ones that were still standing struggled to get enough fuel, with shale wells experiencing so-called freeze-offs. Many wind turbines stopped spinning. Texas, with a grid notoriously isolated from the rest of the U.S., was unable to call on neighboring states for help.

Still, as the pressure dropped last week and frigid air descended from the north, some saw what was coming and felt as if they were witnessing a train crash. They lay part of the blame on ERCOT, the Electric Reliability Council of Texas, which manages the flow of power to consumers and says the extreme nature of the weather made it hard to be ready.

“We were woefully unprepared for this kind of cold,” said Texas state Rep. Ron Reynolds, D, whose own house is without power. “They got caught with their pants down and now millions of Texans have no power. This is a matter of life and death.”

ERCOT officials couldn’t say when power would be restored. “I know it’s frustrating we can’t offer a time certain, but it’s a process we’re engaged in to get the grid back in balance,” ERCOT CEO Bill Magness said during a news conference Tuesday.

Adam Sinn, owner of Aspire Commodities LLC, a power and gas trader, was one of those wondering why so little was being done. He said that a week ago, when the seven-day outlook hit, ERCOT’s own projections showed too little supply to meet soaring demand.

“We were looking at this week thinking, they are going to have to cut 10,000 megawatts of consumers,” he said. “I really think ERCOT is to blame on this one.” He said there were spare megawatts that weren’t brought online. For example, Vistra Corp., a large generator, had 4,000 megawatts offline for maintenance in four plants that could have been turned on quickly, he said, citing data from Genscape Inc.

Sinn said ERCOT either failed to order the megawatts back on or was told not to, which should have generated publicity so residents could prepare.

If ERCOT knew what was in store, it wasn’t apparent in its messaging to Texans. Over the weekend, recommendations from its official Twitter account included closing the blinds and unplugging unused kitchen gadgets. “Laundry on Valentine’s Day?” it said in another post. “No.”

Idle oil drilling rigs in the snow at a lot near Midland, Texas,on Feb. 13, 2021. MUST CREDIT: Bloomberg photo by Matthew Busch

On Tuesday, Dan Woodfin, a senior director for ERCOT, attributed the main factors to frozen instruments at natural gas, coal and nuclear plants. He and other ERCOT officials said they believed generators had prepared better for such cold.

ERCOT’s authority is somewhat limited. In 2011, the last time freezing weather caused rolling outages, it released recommendations for power generators but could not require they be followed, said Adrian Shelley, Texas office director of Public Citizen, an advocacy group.

“The financial incentive isn’t there to harden that infrastructure,” he added. “From a generator perspective, the only incentive is to bring energy to market as cheaply as possible.”

Power prices spiked on several days to the price cap in Texas — a staggering $9,000 per megawatt-hour.

A 100-megawatt wind farm in the state that might have normally made almost $40,000 over a two-day period in February could reap more than $9.5 million on Monday and Tuesday alone, Nicholas Steckler, a power-markets analyst at BloombergNEF, said. On Monday, electricity sales likely totaled $10 billion, according to Wood Mackenzie.

While some pointed to wind power as a culprit, as of early Tuesday wind shutdowns accounted for 3.6 to 4.5 gigawatts — or less than 13% — of the 30 to 35 gigawatts of total outages, ERCOT’s Woodfin said. Gas produced 35% of the power in January.

Others said Texas’s problems were wide-ranging.

He suggests a combination of upgrades and expansions nationally at a cost of trillions of dollars over decades. Roughly 10% of that will need to take place in Texas. That’s a lot of money, which is why little was done the last time Texas saw a major test of its grid in the cold a decade ago.

A Dallas Morning News newspaper half-covered in snow on Feb. 16, 2021, in McKinney, Texas, about 30 miles north of Dallas. MUST CREDIT: Bloomberg photo by Cooper Neill

Texas lacks the long-term planning processes that other parts of the country employ. In the east, grid operators run capacity markets that act like insurance policies. Generators are paid to guarantee that their supplies will be available on the most extreme hot and cold days. If they don’t show up, they face stiff penalties. Texas has instead left it up to prevailing prices and industry.

That deregulated and competitive nature of the markets stands to exacerbate massive price run-ups. More than 100 electric suppliers compete for customers who churn power companies like credit cards. They take big risks to attract new customers, offering incredibly low rates and allowing unlimited power use on weekends. But when the wholesale markets backfire, they bail on them.

The state also refuses to connect its grid with neighbors in part out of fear that the system will fall under federal oversight and regulation. But its politicians are coming to realize that independence has a down side.

Natural gas played an outsize role in the disaster. As early as last Thursday, Energy Transfer LP sent a warning to customers on its Transwestern natural gas pipeline: It was going to be cold, and if producers’ shipments were to deviate from their normally scheduled flows, they needed to let the operator know.

Maybe the North Dakota oil field could withstand frigid temperatures, but the infrastructure that connects the Permian Basin in West Texas and southeastern New Mexico is exposed to the elements. Drilling liquids freeze inside pipes, forcing wells and gas processing plants shut.

By Friday, temperatures had dropped to 24 degrees in Dallas. Texans were told to start conserving energy. Physical gas prices soared to more than $500 in Oklahoma from less than $4 at the start of the week. As of Tuesday, they had doubled to roughly $1,000 per million British thermal units. Texas Gov. Greg Abbott, R, asked a major gas exporter to limit their intake.

All of this is to speak nothing of the human toll.

“It’s mentally draining, the constant thought of wondering, ‘When will the power come back on, how can I get us out of this situation?'” said Alton McCarver, 30, an IT worker who led his family into his Dodge Charger for hours at a time to blast the heater and charge phones. “It’s been an uphill battle to stay warm.”