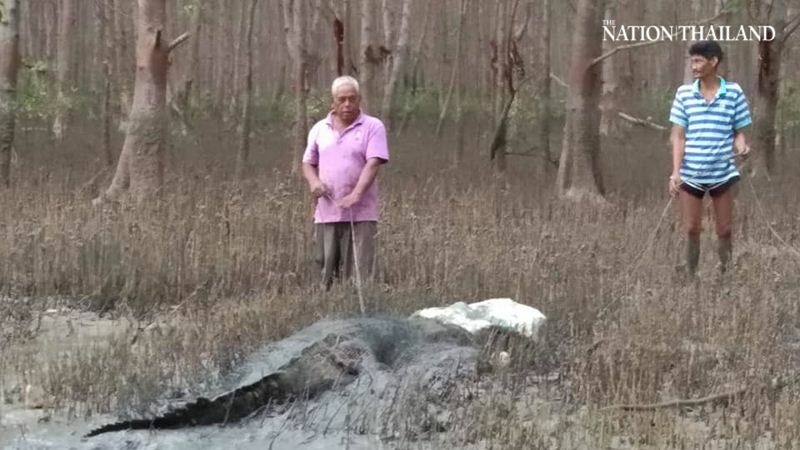 A four-metre-long saltwater crocodile was captured in a mangrove forest in Surat Thani’s Phunphin district on Sunday.

“Capturing the crocodile has been tough because the canal has many turnoffs and is near the estuary,” he said.

Thanking the villagers for their bravery and ensuring children’s safety, he said government officials will move the crocodile to a safe place.