The Metropolitan Police Bureau said on Saturday that it has information on who shot a police officer on Wednesday night near Bangkok’s Din Daeng flats, but no arrest warrants have been issued yet.

The police officer, who was part of the riot-control team, was shot in the head on Wednesday night behind Din Daeng Flat 1 on Chaturathit Road.

Doctors say the officer regained consciousness on Friday and can open his eyes and respond to instructions. However, his right arm and leg are weak, and he still requires a ventilator. Doctors are also monitoring his brain and coagulation levels.

Meanwhile, Pol L/Cpl Thanawut Jirakhachaen, who sustained serious lacerations to his face when he was hit by pipe bombs during a protest at Din Daeng intersection on September 11, is in stable condition.

Doctors say Thanawut is conscious, but his right eye is swollen, his right ear has developed tinnitus and he can only slightly open his mouth. 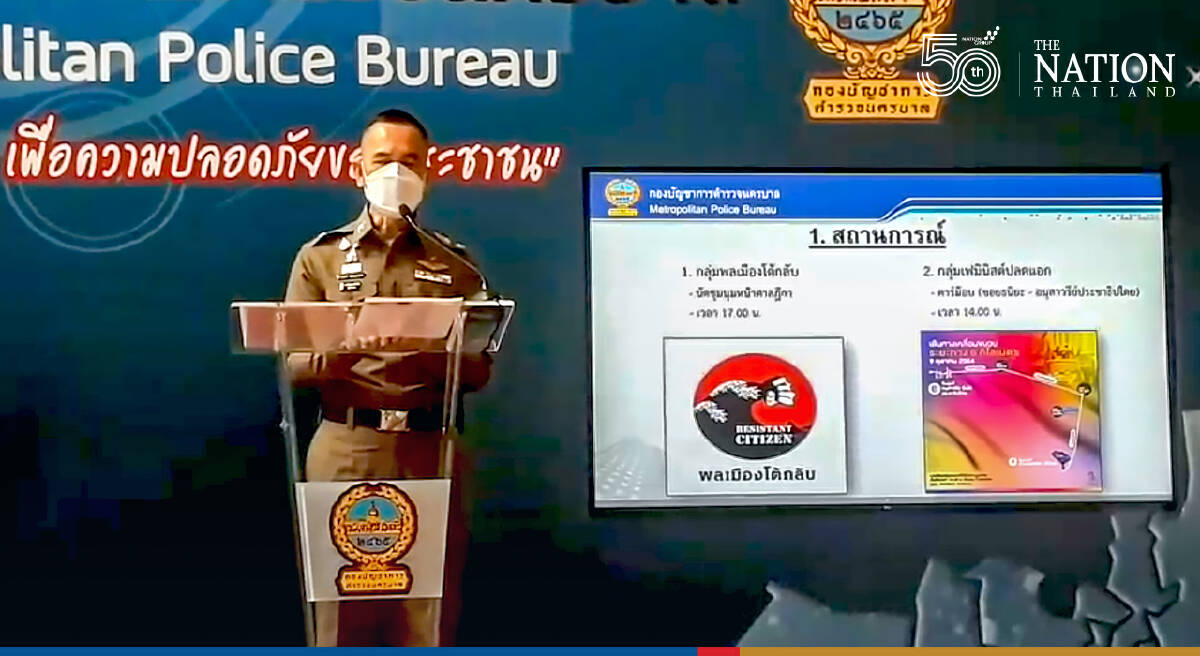 Jirasan said the plan to deal with almost daily protests at and near the Din Daeng intersection has been adjusted. He said police are monitoring announcements on social media and may ease some measures if the situation improves.

He added that police have learned that the Feminist Liberate Thailand group is scheduled to kick off a car mob rally on Saturday afternoon from Soi Thaniya on Silom Road to Victory Monument.

Police officers have also found improvised explosive devices, ball firecrackers and other fireworks in three locations in the Din Daeng area – by the canal near the flats, in a small garden outside Gao Siam Condominium and on Mit Maitree Road.

Jirasan said three explosions were heard on Friday in the Vibhavadi Rangsit Forest Park, but police have yet to track down the culprits.