Charoen Pokphand Foods Pcl (CPF) successfully offered five series of debentures with a tenor of two years to 12 years and coupon rates from 1.75 per cent to 3.80 per cent to retail investors and institutional and/or high net worth investors during the period from January 18-21.

The joint lead arrangers revealed that investors were still looking for debentures with attractive returns, especially those issued and offered by stable and sustainable companies, and CPF debentures tick all the right boxes.

Paisan Chirakitcharern, chief financial officer, said that CPF would like to thank all investors, both retail and institutional and/or high net worth investors, for trusting and showing interest in the debenture issue.

Seeing the response, CPF decided to exercise the greenshoe option — selling more debentures than initially planned — and raised a total of Bt30 billion.

On the request by the industry regulator, National Broadcasting and Telecommunications Commission (NBTC), dtac today shared further information regarding the company’s preparations and execution of operations in connection with the Government’s recent 50:50 program.

“dtac’s IT-systems were 100 percent ready for customers and performed very well on 20 January. The average response time was fast and delivery accuracy was according to our high standards”, said Sharad Mehrotra, CEO of dtac.

Among other things, the data shared in the meeting with NBTC mentioned that dtac’s systems processed close to 500k OTP SMS related to the 50:50 program, before it was closed by the Government at 06.09 am. The final number of eligible seekers will be confirmed later. In total, 1.34 million applicants will be granted the subsidy.

Commenting on the company’s preparations ahead of the event, CEO of dtac said:

“In line with request from NBTC and in order to meet the expectations of our customers, dtac had taken several measures to ready its IT-systems and network for the 50:50 program, including complete end-to-end technical readiness testing with key technology partners to simulate the full scope of the registration as closely to the real process as possible.” 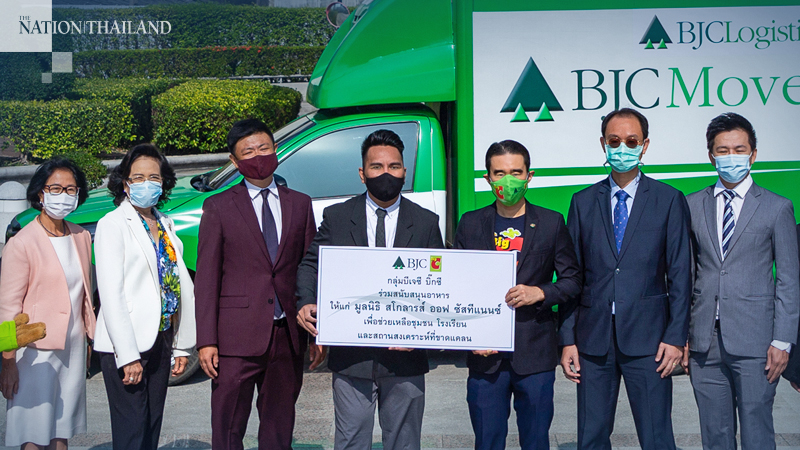 BJC Big C and Scholars of Sustenance (SOS) have teamed up

to give away daily food surplus from 20 Big C stores to feed thousands of hungry and needy people in communities around Bangkok and nearby provinces.

Big C is also providing logistical support for collection and depositing of food at BJC Distribution Centre in Chachoengsao for SOS to pick up at the end of each day.

Bangkok school wins challenge to cut down use of plastic

Angela Hunter, country president for Chubb Life Thailand, centre second row, is flanked by Pakpimol Suthammanas, representative of Teach for Thailand, on the left, and Romtham Khumnurak, co-founder of Environman page, on the right, as the present the top prize to students at Bangkok’s Wat Dao Kanong High School.

Chubb Life Assurance recently joined hands with Teach for Thailand Foundation (TFT) to launch its “Say Yes to Less Plastic” competition, in which students were told to come up with sustainable solutions to reduce plastic waste in their school.

Also collaborating as project adviser and judge was Romtham Khumnurak, an environmental columnist known as “Environman”.

More than 200 students from grades 7 to 9 under the TFT network nationwide submitted ideas and received certificates and scholarships worth a total of Bt170,000.

Angela Hunter, country president for Chubb Life Thailand, said: “We also aim to enhance the livelihood of their communities by educating students about the importance of preserving the environment.

“We worked with the Teach for Thailand Foundation to invite students from across their network to develop and present their ideas under the ‘3Rs’ concept: Reducing, Reusing or Recycling, and then apply this concept to plastic waste in their schools.”

The top three winners of the contest were:

The proposed solution is to recycle plastic waste by sorting and then transforming into new products that can be used or sold. This project will be expanded to non-profit organisations and nearby communities.

The team was presented with awards, including scholarships, worth Bt130,000 in total.

The idea was to convert plastic bottles into durable brooms that can be used to sweep up leaves in the school grounds as well as at temples and communities.

The students were awarded certificates, Bt30,000 for scholarships and five garbage separating bin sets for the school.

The idea is to strengthen existing plastic ropes by reducing the size of each strand using an extrusion machine to bind them together. The new ropes will be used by the school as well as given to people in the community.

The students were awarded certificates and Bt10,000 for scholarships.

The proposed solution is to recycle plastic waste by sorting and then transforming it into new products that can be used or sold. This project will be expanded to non-profit organisations and nearby communities.

Ajinomoto signs MOU to protect against IP infringement on the Internet

Deputy Prime Minister and Commerce Minister Jurin Laksanawisit presided over the ceremony at the Office of the Permanent Secretary, Commerce Ministry. The MOU was signed by Ajinomoto managing director Varong Prayoonpong.

GSB has granted around 110,000 loans in the first four days of its borrowing scheme for grassroots customers.

The scheme is also open to self-employed customers who took GSB emergency loans last year. They can register for a loan via the MyMo app from January 23.

The BTS Group Holdings (BTSG)’s board of directors on Monday decided to approve Bt0.15 per share interim dividend payment based on operating results from April 1 to September 30, 2020 and retained earnings.

The ex-dividend date is set for January 29, with dividends scheduled to be paid on February 16.

BTSG is a privately-owned conglomerate that engages in four business sectors, namely mass transit, media, property and services. Listed on the Stock Exchange of Thailand, BTSG is a constituent member of the SET50 “Bluechip” Index, MSCI Asia Pacific Index, FTSE4Good, Dow Jones Sustainability Indices (DJSI) and one of the largest companies in Thailand. 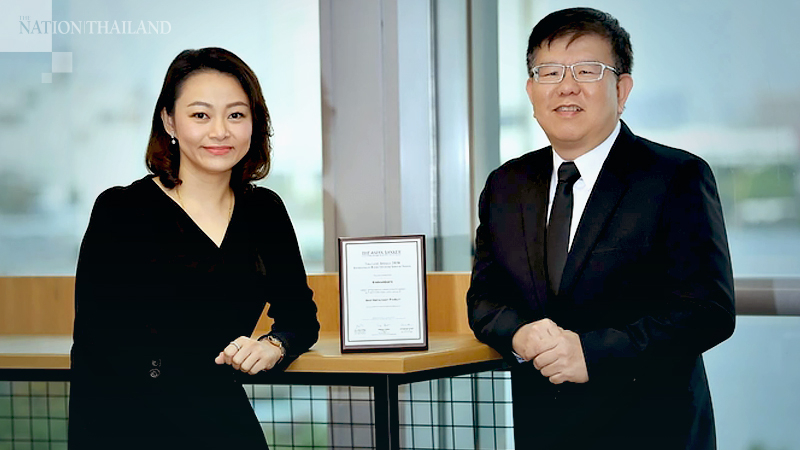 KBank was lauded for its new income verification standards for businessowners, freelancers and refinancing customers. KBank’s new verification system cuts the income appraisal process and document preparation time, making it easier for people affected by the Covid-19 fallout to get access to funds. 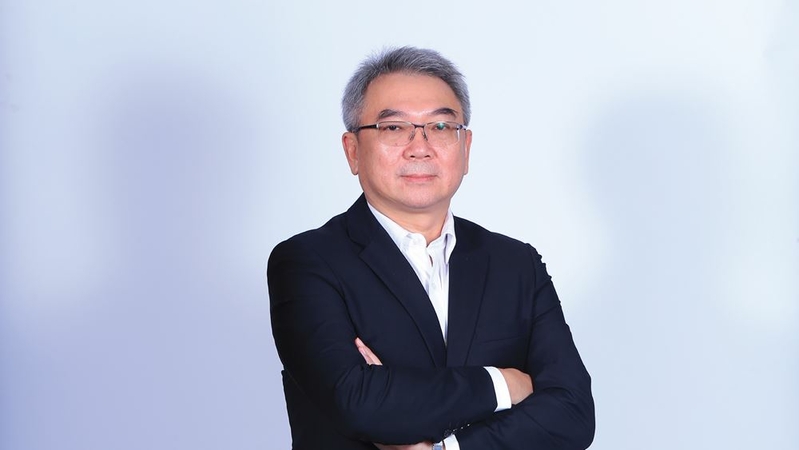 Millcon Steel Group, Thailand’s top steel manufacturer, is confident about its performance this year as it stands to gain from high-speed railway projects and the rising global trend in steel prices.

The company’s chief executive officer Prawit Horrungruang said the company’s focus will be to produce high-quality products and reduce its debt by as much as Bt3.8 billion.

He added that Millcon’s projected revenue should rise this year despite the Covid-19 fallout because the government is expected to launch start building the high-speed rail project, which will boost the demand for high-quality steel products.

“The demand for steel products this year is expected to reach 3.5 million tonnes, and global prices are also rising because the pandemic has delayed construction projects and disrupted ore production.

“This has caused an increase in raw materials. Imports and exports were affected and logistics also disrupted last year. These factors will push up the price of steel products this year.

“The Millcon Group is focused on the production of high-quality products which deliver a fat margin, therefore we expect our performance will continue to be positive,” he said.

The Millcon Group has an edge over other manufacturers, as it has a comprehensive integrated operation including steel-rolling mills, furnaces and steel-scrap recycling facilities. Most local steel manufacturers only have steel-rolling factories.

“The company is also strong financially and we plan to reduce debts by Bt3.8 billion this year,” Pravit added.

Young owners of digital start-ups as well as traditional businesses seeking digital transformation in these challenging times can apply for the third Alibaba Netpreneur Training Programme for Thailand.

The deadline for applications is January 31.

The programme, which was previously only offline, has now been developed as a combination of both online and offline training modules for young entrepreneurs as well as businesses with digital aspirations.

It will provide first-hand exposure to e-commerce and digital innovations, access to business leaders across Alibaba and China, as well as an opportunity to connect with like-minded, leading entrepreneurs in participants’ own region, through exercises, interactive lectures and dynamic discussions.

During the training, participants will learn about China’s digital economic transformation, Alibaba’s own successes and mistakes as well as the work that went into creating a company culture and management practices as they grew from a fledgling start-up into a full e-commerce ecosystem.

During the online training course, participants will receive assignments on a weekly basis and a capstone project at the end. Based on the outcome of the online participation and the assignments/project completions, top performers of this class will be invited to attend the offline immersion at Alibaba Group’s headquarters in Hangzhou, China once travel restrictions due to the pandemic are lifted.